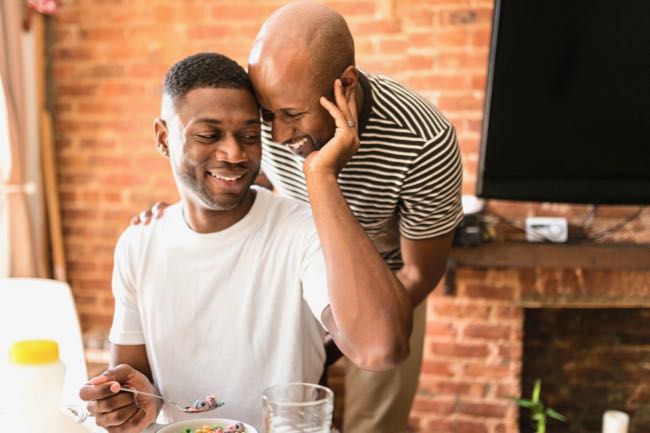 Some 60 couples have completed a Georgia State University study on the effects of alcohol on same-sex relationships, but the study leader said that’s less than a third of the way to their recruitment goal.

Dr. Dominic Parrott is actively recruiting 200 same-sex couples for the study, which requires two visits to Georgia State’s downtown Atlanta campus. Participants will be compensated between $40 to $120.

“Recruitment is going pretty well. It’s been steady,” Parrott, clinical training director at GSU’s Department of Psychology, told Project Q Atlanta. “It’s important that we continue to maintain that steady interest and participation so that we can complete it.”

“It will be one of, if not the biggest studies in this area that’s been conducted looking at the role of alcohol in intimate relationships in same-gender couples,” he added.

Parrott is looking for people age 21 or older who are in a same-sex relationship and who currently drink alcohol. Couples will come in together for two visits. The first is to fill out a questionnaire to determine eligibility for the study. At the second, people are randomly assigned to drink alcohol or not, and researchers have the couples do various interactions.

The first visit pays $40 and the second visit pays up to an additional $80. Participants will also receive educational materials and referrals to different agencies if needed. Those who complete the study have the opportunity to earn more money by recruiting others to take part.

“I think the response has been generally positive,” Parrott said. “People are pretty consistently excited about it. They’re glad they participated and say it’s helpful.”

“We were at Mixx Atlanta a lot and that was pretty successful,” Parrott said.

This is the first of two studies on this topic taking place over five years, funded by a $2.5 million grant from the National Institutes of Health. The second study — which involves answering daily surveys — starts in May, according to Parrott.

To take part in the PASSION study, submit your name and contact information here.

Parrott’s team is also conducting a study on free relationship workshops for LGBTQ couples. To take part in that study, click here.