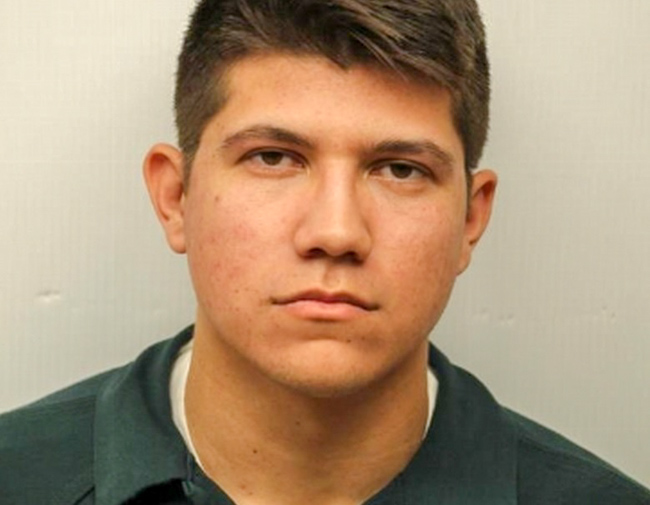 A 21-year-old Army solider was arrested after allegedly having sex behind a Savannah business with a minor he met on Grindr who initially claimed to be 28.

A Chatham County police officer spotted an abandoned motorcycle behind Savannah Powersport Center on Ogeechee Road on March 4, according to an incident report. The officer found Nicholas Fontana (photo) and another male, who was wearing one flip-flop, see-through black leggings and a long-sleeve shirt.

Fontana told the officer he didn’t know the name of his sex partner.

“[Fontana] said a mutual friend between the two … asked him to come to this area to look for a white male who had gotten into an argument with a roommate,” according to the incident report. “He stated he found him behind the shed with a sleeping bag.”

The officer interviewed the other male separately, who was “staggering while walking” but denied taking drugs, according to the incident report. The male initially claimed to be 28 but then admitted he was a minor, according to police. The minor then said he met Fontana on Grindr and they had sex in a sleeping bag by a shed on the property.

“He stated that he was a ‘bottom’ and that Mr. Fontana had penetrated him,” according to the incident report.

Police redacted the male’s age from the incident report.

Fontana was booked into the Chatham County Detention Center and charged with felony sodomy and felony aggravated child molestation.

Fort Stewart officials confirmed that Fontana is a 3rd Infantry Division soldier, according to WGCL.