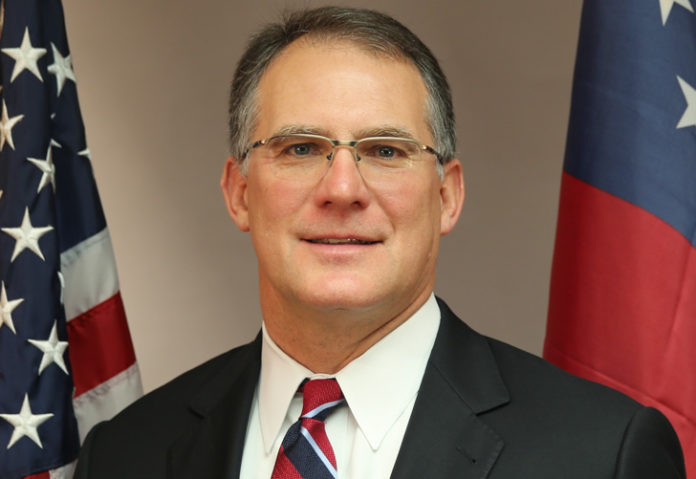 The measure, passed Thursday, is similar to anti-LGBT prohibitions added to legislation last year that generated a national backlash before the measure was eventually vetoed by Gov. Nathan Deal.

On Thursday, the Senate Judiciary Committee approved the amendment 7-4 during an hours-long meeting that included debate on more than 20 bills. Members of the 12-person committee said they learned of the anti-LGBT amendment from Sen. William Ligon (photo), a Republican from Brunswick, just a few hours before the meeting.

The amendment was added to House Bill 159, a measure modernizing the state’s adoption laws that had bipartisan appeal. It would allow private agencies that receive state funds to refuse a state agency's referral of adoptive or foster parents based on the “child-placing agency's mission, according to WSB Radio. The bill’s author, Rep. Bert Reeves, a Republican from Marietta, objected to Ligon’s amendment, according to the AJC.

LGBT advocates condemned the amendment, arguing that it opened the door to discriminating against LGBT people and made them “second-class citizens.” Georgia Unites Against Discrimination blasted the amendment as “shameful.”

The amendment to HB 159 doesn’t just seek to cast LGBT Georgians as second-class citizens. It does so at the expense of some of the most vulnerable people in our communities: Young people with no family to call their own.

Ligon, without a bit of irony, told the committee that his amendment respected the diversity of the state. Via the AJC:

“It’s just a matter of what options you can provide in the placement of children,” said state Sen. William Ligon, R-Brunswick. “We should do all that we can to ensure those needs are met. It is recognizing the diversity in our culture.”

But opponents criticized it as nothing more than an attempt to discriminate against LGBT people. Via the Georgia Voice:

During the meeting, Fort made a motion to strike sections four and five of the bill.

“Section four said that an agency could refuse a referral based on its ‘mission,’ and I said that that was a license to discriminate,” he said. “I made a motion to eliminate the bad parts of the bill. The motion failed and the bill passed.”

Parent said the amendment would allow agencies to use public funds to discriminate against people. Via the AJC:

Others on the panel said they feared it legalized discrimination. If an agency enters “into a contract with the government that is taxpayer-funded, they are bound to provide it in a nonsecular fashion,” said state Sen. Elena Parent, D-Atlanta. “It’s inappropriate for your tax dollars to discriminate against you.”

The amendment may also jeopardize millions in federal funding, according to the state agency that oversees adoptions. Via the AJC:

Bobby Cagle, director at the state’s Division of Family and Children Services, said the changes would likely endanger “hundreds of millions of dollars” the agency received from the federal government because they appeared to violate federal nondiscrimination laws.

The bill now goes to the Senate Rules Committee, which will decide whether it moves to the full Senate for a vote.

Top GOP leaders in the state – including Deal, Lt. Gov. Casey Cagle and House Speaker David Ralston – have pushed back against anti-LGBT bills this session. But that didn’t stop Sen. Marty Harbin from renewing the “religious freedom” fight last month with Senate Bill 233. That measure is supported by some members of the Senate Judiciary Committee, including Chair Sen. Jesse Stone, a Waynesboro Republican, and Ligon.

Harbin's “religious freedom” bill was assigned to the Rules Committee. Last year, the committee – with little advance notice – took several anti-LGBT bills and morphed them into one omnibus hate bill known as House Bill 757. The bill easily passed both chambers before Deal vetoed it in March 2016.

The Republican-controlled General Assembly has not taken action on several LGBT-inclusive bills, including civil rights legislation in both the House and Senate.