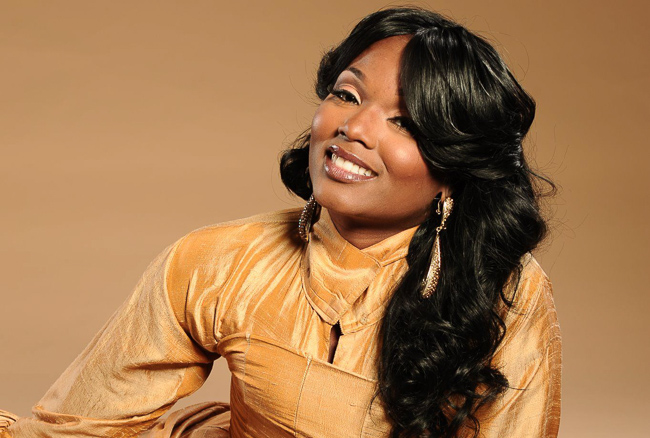 Sabrina McKenzie – a self-described “dancing preacher” and Democratic candidate for Georgia Senate – has a long history of opposing LGBTQ equality and rallying against same-sex marriage, but insists that she “loves homosexuals.”

McKenzie is running against Sen. Steve Henson, an LGBTQ ally and Senate Minority Leader, for the District 41 seat in the May 22 primary. Supporters of Henson compiled a background paper on McKenzie that details numerous anti-LGBTQ views she expressed on Twitter and in YouTube videos. The opposition research was provided to Project Q Atlanta.

In the posts, McKenzie speaks out against same-sex marriage and promotes her support of a controversial anti-LGBT “religious freedom” bill that Gov. Nathan Deal vetoed in 2016. The anti-LGBTQ posts remain live. In response to questions about them, McKenzie insisted that she “loves homosexuals” and had a gay brother.

In a Sept. 2015 YouTube video, McKenzie calls for a march on Washington to cure America’s ills, saying, “So here we stand today, where people are trying to have morality apart from God” as images appear of a male couple getting married and then two shirtless men embracing.

In the following series of tweets about LGBTQ issues, McKenzie mentions a popular Fox drama with a gay character. “On Empire I noticed the men were either gay or in prison. Question: Is that what America has become or a depiction of where we’re going?” she tweeted in 2016.

On multiple occasions in 2012, McKenzie shared and encouraged people to sign a petition against legalizing gay marriage.

Also in 2016, she shared stories and editorials on transgender issues, including Spelman’s decision to admit trans students. One tweet makes a baseless claim that a trans woman was charged with voyeurism at a Target store in Idaho.

In early 2016, she took up the cause of House Bill 757, a sweeping anti-LGBTQ bill, and claimed that it would keep pastors from being “forced” to marry same-sex couples. “Pastors should not be forced to marry same sex couples when it violates biblical law and prohibits religious freedom,” McKenzie wrote. That was not an issue with the legislation.

She also appeared at the Capitol to support the bill, tweeting a picture of herself as the bill was being debated. The bill passed in both chambers of the Legislature but was later vetoed by Deal.

Later that year, she wrote, “Watch men alert; you are going to see the satanists enter into the school system, along with a heavy infiltration of same sex promotion.”

McKenzie continued to speak out against gay marriage in tweets from 2012 and 2016, writing, “I can’t support same sex marriages because it violates the ethical codes of Spiritual and Moral laws,” and, “I wonder if Martin Luther King Jr, would have agreed with same sex marriages.” Both his widow Coretta Scott King and fellow civil rights leader Rev. C.T. Vivian have said that King would have championed LGBTQ rights today.

McKenzie supports prayer in schools and on numerous occasions falsely asserts that the act is not allowed in public schools. More accurately, school-led or school-sponsored prayer in public schools was outlawed by the U.S. Supreme Court nearly 60 years ago, but students are still free to pray.

McKenzie is the most recent Democratic candidate that has run for office despite past anti-LGBTQ views. Last year, Vinings dentist Jaha Howard anti-LGBTQ Facebook posts were revealed during his campaign for state Senate District 6. Howard apologized but then appeared to double down on the comments. Attorney Jen Jordan later beat Howard in the race by nearly 30 points.

Henson, McKenzie’s opponent, was endorsed by Georgia Equality in 2010 and he co-sponsored a sweeping LGBT-inclusive civil rights bill in 2017.

“We're making sure that we're protecting the rights of our citizens to live their lives free of fear,” Henson said at the time.

Georgia Equality and Georgia Stonewall Democrats have endorsed Henson in this year's contest.

As of the latest campaign finance disclosures, McKenzie has raised $3,500 and has $3,500 cash on hand. Henson has raised nearly $215,000 and has $150,000 cash on hand. Henson and McKenzie are the only Democratic candidates and there is no Republican opposition, so the winner of the May 22 primary election takes (or, in Henson's case, keeps) the seat, which Henson has held since 2003. District 41 is in DeKalb County and includes Tucker, Stone Mountain and Clarkston.

In response to questions from Project Q Atlanta about the social media posts, McKenzie said her support for H.B. 757 was motivated by a school prayer case from last year.

“I supported the freedom of religious [sic] bill because it is currently a constitutional right for students to exercise their religious freedom to pray, and a Coweta County football coach was denied his rights and ordered to stop praying,” she wrote in an email. “It does not matter the religion, however the First Amendment protects the freedom of all religions.”

She said she does not plan to introduce any similar religious exemptions bills if she's elected, and would instead focus on passing an Equal Rights Amendment, which she rallied for at the Capitol earlier this year.

“The ERA provides women with equal pay for equal work and prohibits discrimination on the basis of sex,” she told Project Q Atlanta.

McKenzie did not respond to a question about whether she still opposes gay marriage, but shared a video message instead. (Watch above)

She also mentioned her close relationship with her late brother, who she said was gay.

“Listen, God is love and you cannot say that you love God but you don’t love the ones that are walking next to you,” she said. “So as your state senator, I’m looking forward to loving you, to representing you, to meeting you and to fighting for you. God bless you.”

Henson declined to comment on McKenzie’s social media posts, telling Project Q Atlanta he preferred to focus on his record.