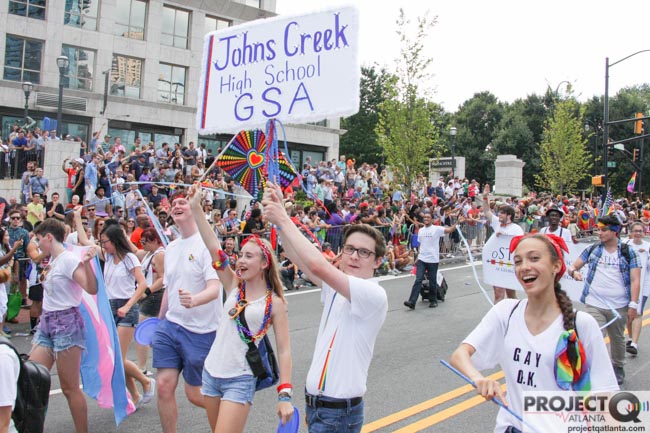 Findings in Georgia include:

• Just 4 percent of LGBT students said they attend a school with a comprehensive anti-bullying and harassment policy that includes protections for sexual orientation and gender identity. Some 20 percent attended a school with a Gay-Straight Alliance or similar student club. A slim 8 percent were taught positive representations of LGBT people, history and events.

The results in Georgia mirror what GLSEN found across the U.S., including that school climate for LGBT students remains hostile for large numbers of LGBT students, the anti-LGBT environment impacts the academic success and mental health of students, and LGBT resources and support systems improve school experiences and academic success for gay students.

Other findings from the national survey:

• More than half – 56.4 percent – heard negative remarks about gender expression frequently or often, including not acting “masculine enough” or “feminine enough.”

• When LGBT students were harassed at school, nearly 57 percent did not report the incident to school staff; nearly 62 percent who did report it said school staff did nothing in response.

• More than one-third of students avoided gender-segregated spaces in school, such as bathrooms and locker rooms, because they felt unsafe or uncomfortable.

• Only half of students – 50.3 percent – said their school had a Gay-Straight Alliance or similar club at their school. And where schools did have that option, 32 percent of students said they did not participate. 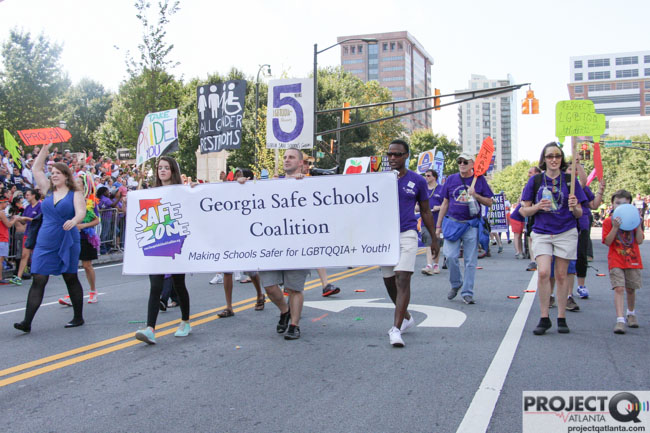 “The large number of students who reported hearing anti-LGBT language and who continue to experience verbal and physical harassment in schools in these states is unacceptable,” Dr. Eliza Bard, GLSEN’s executive director, said in a prepared statement. “GLSEN calls on everyone in these states and across the country to join us in ensuring students and educators are given the resources and supports to create safe and affirming school environments. All members of the school community need to feel empowered to intervene when others are undermining these efforts.”

Some 7,898 LGBT students from across the country, including 242 in Georgia, took part in GLSEN's National School Climate Survey. The survey results in Georgia have a margin of error of 6 percent. GLSEN released snapshots of the school climate for LGBT students in 29 states, including Georgia.