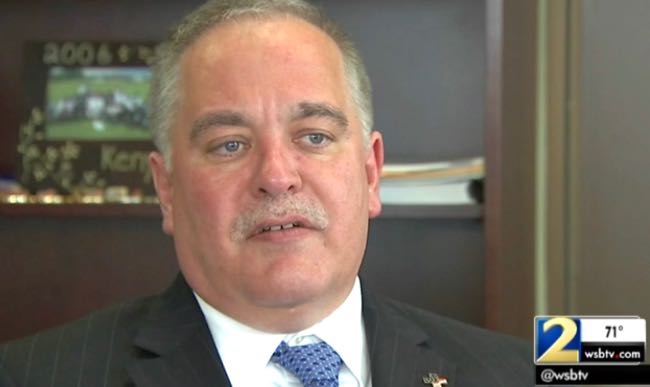 It's the latest installment of potty wars in the state. Woods derisively chalks it up as “bathroom policy.”

The Republican and long-time educator launched his re-election campaign this week, telling supporters that “much has been accomplished but our mission is not complete.”

Much of that mission seems to be fighting “Washington micromanaging.” Woods touted that in a nearly two-minute campaign video published on Tuesday. He alluded to his fight against federal protections for transgender students in the video and offered a more clear reference on his campaign website.

In May 2016, Woods blasted federal guidance from the Obama administration on the treatment and safety of transgender students. He also told school superintendents around the state to ignore the guidance, which he said “openly violates, misinterprets and moves to rewrite established U.S. law.” Georgia officials sued.

And in case he wasn't clear, Woods criticized the transgender protections over and over as he accused the federal government of bullying school districts.

The Trump administration quickly rescinded the federal guidelines when it took office earlier this year.

“We've stood up to Washington and won,” Woods said in his campaign video.