Georgia says keep your GAYPWR to yourself 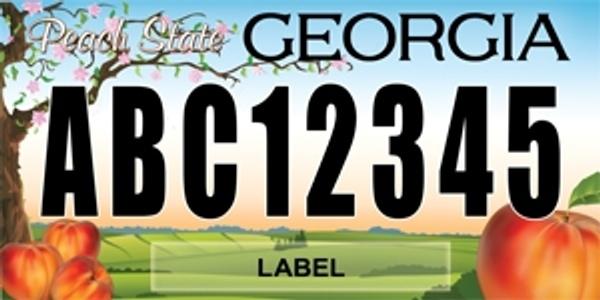 When it comes to displaying your gay vanity on a license plate in Georgia, you can be doubly gay. But you can’t have gay power. Being femme gets your request dumped, too, but aspiring to have big guns is OK with state officials. And that’s the rub when it comes to the state’s vanity license plates, according to the AJC, which examined the 10,214 banned tags and the 91,161 accepted requests by the state Department of Revenue.

Georgia Department of Revenue officials know consistency is a problem. Employees try to be fair, but maintaining viewpoint neutrality – one of the free-speech concepts federal judges would consider in a lawsuit – is not possible when the department has to make dozens of tricky judgment calls each week, said Vicki Lambert, the department’s director of local government services and the motor vehicle division. For guidance, employees rely on the statute regulating what the state calls prestige plates. That law says the department will not allow profanity, language the community considers obscene or language that ridicules a person, group, or religious belief or being, race or ethnicity. But the law otherwise offers little guidance, and since the state first started selling prestige plates in 1968, community standards have changed.

So it’s OK to be GAYGAY and FEMFTAL – two vanity plate requests that passed muster – but not so much for GAYPWR. The agency doesn’t care for HVYGUNS, but 1BIGGUN is OK. How do state officials try to combat clever drivers looking to sneak through something special? Urban Dictionary, of course.

To decode these applications, department employees run the text through Urban Dictionary or Wikipedia, Lambert said. Even with these tools though, they don’t catch everything.

But how the state makes its call on vanity plates is inconsistent and arbitrary, which could put it at risk of lawsuits, according to Cynthia Counts, an Atlanta attorney who works on freedom of speech issues and has advised local gay media companies.

To pass legal muster, government restrictions on free speech must be precise, said Cynthia Counts, an Atlanta lawyer who specializes in freedom of speech issues. Allowing S0SEXY1 while banning MSSEXI shows Georgia is not precise. “That’s going to be what hurts them the most,” Counts said. “To limit speech the government has to show a compelling interest. How in the world are they achieving any purpose if they’re deciding it arbitrarily?”

Have a LGBT vanity plate of your own? Have an idea for one? Let us know in the comments below.