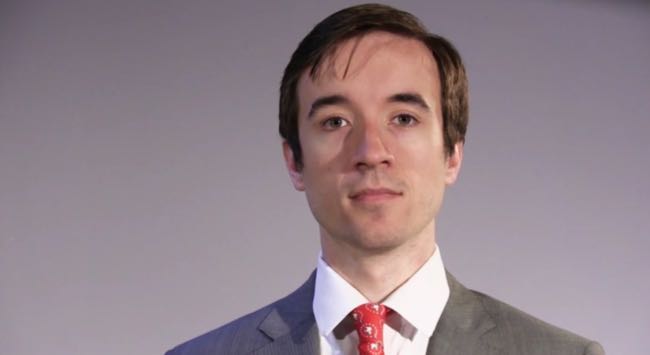 The Georgia GOP decided against a “religious freedom” litmus test for its gubernatorial candidates, but an even more conservative Republican group stepped forward demanding candidates back the anti-LGBT legislation.

The Georgia GOP brokered a compromise during its state committee meeting Saturday, nixing a pledge that would have required gubernatorial candidates to commit to backing and signing “religious freedom” legislation. Instead, the party will require candidates to “commit to advancing the cause of religious liberty.” Via the AJC:

The activists instead overwhelmingly backed a resolution pushing candidates to “commit to advancing the cause of religious liberty” without prodding them to sign a pledge.

It came after a remarkable agreement over the language between Georgia GOP chair John Watson, a favorite of the party’s establishment wing who was elected to lead the fractious party in June, and Mike Crane, a former state senator who is about as anti-establishment as they come.

But no sooner did the Georgia GOP back away from its proposed litmus test, the Georgia Republican Assembly – yes, there's a group even more conservative than the state party – made a demand for fealty. Via the AJC:

The Georgia Republican Assembly, a more conservative shadow organization of the state GOP, is asking  gubernatorial candidates who will attend its Saturday meeting to sign the exact same “religious liberty” vow rejected by the state GOP executive committee on Saturday.

The group’s president, DeKalb activist Alex Johnson, wrote to candidates and their top aides Monday that the state party’s move was “unacceptable both to Republican voters and to voters at large.”

The push for the pledge seems aimed at Lt. Gov. Casey Cagle, who once forcefully backed anti-LGBT “religious freedom” legislation before punting the issue to federal lawmakers ahead of the 2017 state legislative session. His GOP opponents in the race – Secretary of State Brian Kemp and state Sens. Hunter Hill and Michael Williams – are on board with the legislation.

The force behind the pledge – Johnson – is a DeKalb political activist who has been defeated three times in his attempts to win election as Georgia GOP chair. He's apparently moved away from his comments in 2015 that the GOP ought not to discriminate against the gays. Via the AJC:

“I think that, in the end, the government shouldn’t be what’s dictating the definition of marriage. I think that was a religious term,” Johnson said. “I think there should be no discrimination, though, against people who are gay. In the end, everyone needs to be welcomed. I don’t think the Republican Party needs to come across as anti-homosexual or anti-gay. I think that’s not a good idea.”

Johnson's push for the pledge also puts him at odds with Crane, who was trying to prod the state party into passing one. In 2016, Crane – a state senator who launched a bid for Congress – was one of the first lawmakers to blast Gov. Nathan Deal's veto of controversial “religious freedom” legislation and call for a special session to override it. Crane sees the legislation as a rebuke to the U.S. Supreme Court decision in 2015 legalizing gay marriage.

Thankfully, Crane's effort fizzled but the issue of “religious freedom” continues to fracture Republicans. So much for the “healing” party chair Watson hope for after brokering the compromise on the pledge last Saturday. Via AJC:

After the vote, Watson thanked the feuding activists for setting aside their differences and finding a middle ground.

“What I just saw was a healing process that was very important,” he said. “We’re not always going to agree on things, but I do want to express my sincere gratitude for working together on this.”