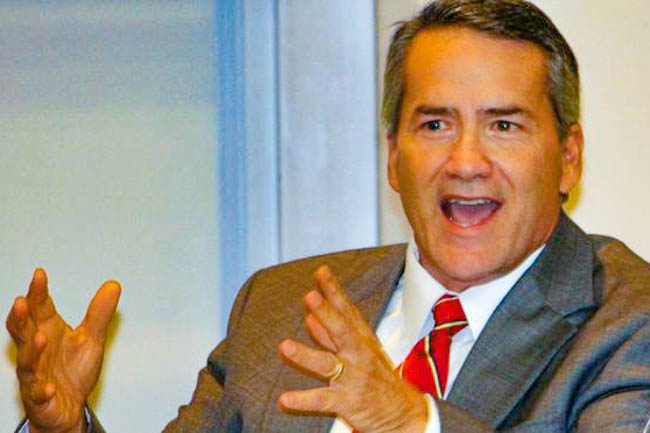 The U.S. House passed the Equality Act on Friday, despite Georgia Republicans recruiting a new ally to fight the bill — anti-transgender lesbians.

The measure, which would add sexual orientation and gender identity as protected classes to the Civil Rights Act of 1964, passed 236 to 173. The vote was along party lines in Georgia, according to the clerk’s office of the U.S. House.

Jeff Graham, executive director of Georgia Equality, called the vote “a huge step in the right direction” for LGBTQ people.

“Georgia is one of only a few states that have no civil rights law protecting people from discrimination in public spaces, in the workplace, or in housing,” Graham said in a statement. “And because LGBTQ people aren’t currently protected under federal law, LGBTQ Georgians are especially vulnerable to discrimination.”

“We must ensure no one has to be afraid of losing their job, their home or their access to education simply because of their sexual orientation or gender identity,” he added.

Hice (photo), who has a long anti-LGBTQ history, held a press conference Thursday on Capitol Hill to denounce the Equality Act. He represents Georgia’s 10th Congressional District, which includes Athens and portions of Gwinnett, Henry, Newton and Walton counties in metro Atlanta.

Joining Hice at the press conference was Kara Dansky, a board member for the Women’s Liberation Front. Dansky, a feminist Democrat and LGBTQ activist, said the legislation hurts women and girls, according to CBN News.

“If the bill is permitted to go through it would redefine the word sex to mean gender identity and that has grave consequences for women and girls,” Dansky told CBN News after the rally. “We’re gravely concerned about spaces – locker rooms, changing rooms, dormitories; we’re concerned about the material consequences of eradicating the category female from the law.”

Dansky said the measure has “material consequences for women and girls,” according to Conservative Review.

Over the centuries, our society has created schools, scholarships, dormitories, business loans and other concrete benefits for women and girls precisely because we had been excluded from the public sphere for so long.” But under the provisions of the “Equality Act,” those spaces and opportunities would have to be open to biological males as well.

Hice called the Equality Act “a horrifying bill” during the press conference, according to Conservative Review.

This isn’t the first time a Georgia Republican cozied up to an anti-trans lesbian to speak out against the measure.

Collins said during a congressional hearing in April that the Equality Act “nullifies women.” He invited Women’s Liberation Front member Julia Beck to speak out against the measure at the hearing, according to Jezebel. Collins represents Georgia’s 9th Congressional District, which is a largely rural district in northeast Georgia that includes Hall and Forsyth counties.

Beck, a lesbian and a self-described radical feminist, said if the Equality Act passed, “then every right that women have fought for will cease to exist,” according to Jezebel.

Male rapists will go to women’s prisons and will likely assault female inmates as has already happened in the UK. Female survivors of rape will be unable to contest male presence in women’s shelters. Men will dominate women’s sports. Girls who would have taken first place will be denied scholastic opportunity. Women who use male pronouns to talk about men may be arrested, fined, and banned from social media platforms. Girls will stay home from school when they have their periods to avoid harassment by boys in mixed sex toilets. Girls and women will no longer have the right to ask for female medical staff or intimate care providers, including elderly or disabled women who are at serious risk of sexual abuse.

Beck also spoke out against the measure on Fox News’ “Tucker Carlson Tonight” in February, according to Jezebel.

“When we get down to it, women and girls all share a biological reality,” she told a sympathetic Carlson. “We are all female. But if any man, if any male person can call himself a woman or legally identify as female, then predatory men will do so in order to gain access to women’s single-sex spaces, and this puts every woman and girl at risk.”

Collins also invited Beck to speak at a hearing in March on the Violence Against Women Act. Beck repeated her belief that including trans women under the protections would harm women.

“VAWA was created for women and girls. Not for those who feel like or identify as female,” Beck stated, according to Jezebel.

The Equality Act will now go over to the U.S. Senate, where it faces a tough fight — if it’s even called up for a vote. The Trump administration came out against the measure on Monday, with a senior administration official saying it “is filled with poison pills that threaten to undermine parental and conscience rights,” according to the Washington Blade.