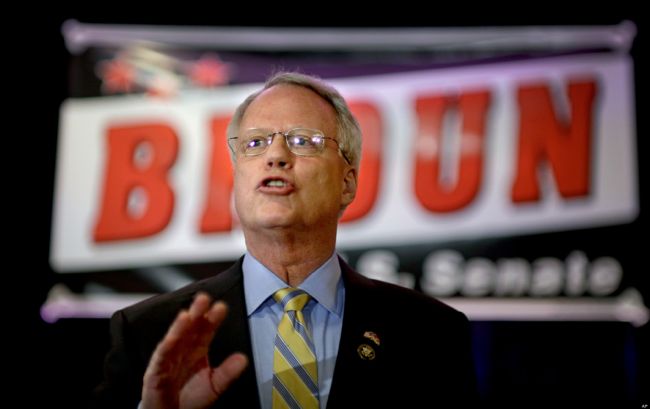 Buried in a routine recap of Georgia Republican Rep. Paul Broun’s town hall meeting in Winder last week was a startling revelation from the 2014 Senate hopeful. He’s a boy who likes his penis.

“I don’t want to pay for a sex change operation,” [Broun] said. “I’m not interested. I like being a boy.”

Broun’s comment was in response to a question about the Affordable Care Act covering hair transplants and sex change operations, which would appear to be less unsettling to most people than say a 66-year-old man who still refers to himself as a boy. But at least we don’t have to guess who Broun hits the clubs with.

This comes on the heels of state GOP chair Sue Everhart’s (it’s not natural) and U.S. Sen. Saxby Chambliss’ (I loves the ladies!) insightful comments on gay marriage.

Now I can only guess what the minutes of a sit-down between GOP strategist Karl Rove and Broun would look like, but it would probably go like this. Fortunately for Georgia Democrats (and comedy fans) everywhere, Broun isn’t going anywhere.

So if you thought the 2012 Republican presidential primaries were entertaining, buckle up for Broun and the Senate primaries next year as a truckload of wingnuts fight to replace the retiring Chambliss. It should be an interesting ride.