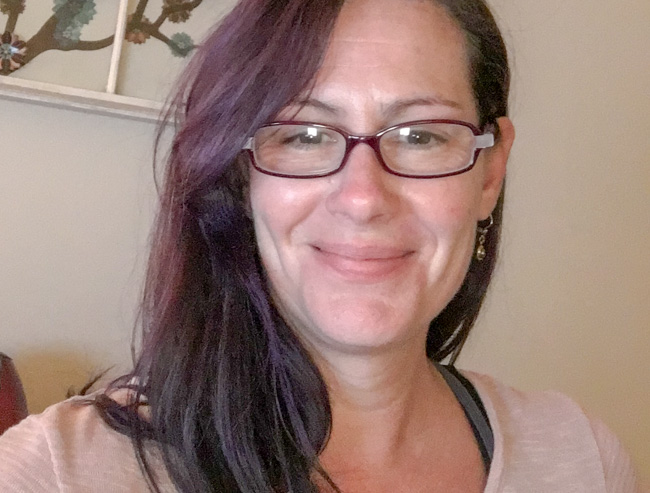 The University of West Georgia has joined a multi-state effort to collect, preserve and protect the South’s often-overlooked LGBTQ history.

The school in Carrollton launched a partnership with the Birmingham, Ala.,-based Invisible Histories Project. Carrollton is about 50 miles west of Atlanta, and that rural location played a role in UWG’s participation, according to history professor Stephanie Chalifoux (photo).

“The South in terms of queer history is relatively understudied,” she told Project Q Atlanta. “There’s certainly a lot of places we know about like Atlanta, but rural areas have remained understudied.”

The school formally launches the partnership at an on-campus reception on Thursday.

IHP was founded in 2016 with a goal to create an LGBTQ history archiving model to be replicated across the South. The group was able to expand to other states with a $300,000 grant from the Andrew Mellon Foundation in 2019. The University of Mississippi and UWG were chosen as the first satellite sites for the project.

“It’s mixture of interest, a mixture of our faculty specialties and skills, our location and our willingness to be part of this,” Chalifoux said of the partnership. “We’re super excited to be playing such a big role.”

The one-year grant went into effect in February. The school is using the money for students to pick up collections around the state, as well as buy the supplies to process them.

“This is a student-driven project,” Chalifoux said. “This is giving our students this practical skill of archiving. This is what makes this project unique is that the students are playing such a significant role.”

Student archivists recently retrieved a collection from the “Gourd Girls,” a lesbian couple in North Georgia who have owned a gourd folk art business for over 30 years.

“We’re looking at their lives, their business, how the community reacted when they came out,” Chalifoux said. “We’re documenting the queer community that was built around this particular business.”

The group will continue to gather and process archival materials to share with researchers, scholars and community activists.

“That will lead scholars to create a more rich picture of the queer south and queer Georgia,” she said.

Georgia State University launched a year-long LGBTQ history exhibit in October. The Out in the Archives exhibit is on display through September at GSU’s library in downtown Atlanta.

The Invisible Histories Project Georgia Launch Reception takes place on Thursday, March 5, at 6 p.m. in the Campus Center Ballroom 108.4 at the University of West Georgia in Carrollton. It is open to the public. Click here for more information about donating your LGBTQ Georgia history items to the project.