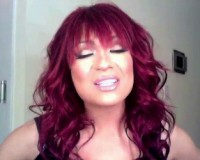 Even before a Season 4 winner is crowned, you can influence the fierce competition for Season 5 of “RuPaul’s Drag Race.” Voting is open on fun videos to fill out the contestant lineup, including fun videos by Georgia queens.

Unlike past seasons, there isn’t an Atlanta queen in the current Season 4 of the show, but with gay Atlanta’s help, there could be a Georgia peach in Season 5. “Drag Race” accepted audition videos, and now you can watch all the hopefuls and vote on your favorites. 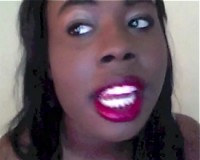 That includes Michael (top photo) from Acworth in metro Atlanta, as well as everybody’s favorite “gay glasses” home videographer Chrissy Renaee (bottom photo) of Athens. We’ve already fallen in love with and pimped Chrissy’s no-holds-barred videos and her unabashed approach to becoming a star by whatever means necessary.

Watch all 75 of the self-entry videos, and vote daily for your favorites to make the cut by May 1.