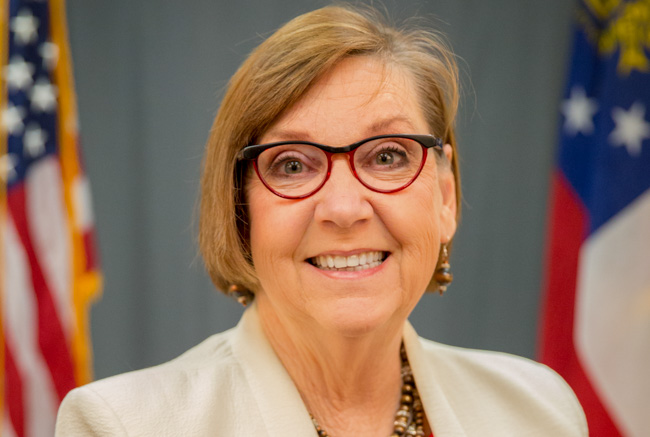 A Republican-sponsored bill that would create a pilot program to provide PrEP to people at high risk of contracting HIV passed unanimously in the Georgia Senate.

It will now head to Gov. Brian Kemp, who can sign the measure, allow it to become law without his signature, or veto it.

“This bill is another potential solution to our problem of being one of the worst states in the country for new [HIV] cases,” said Sen. Kay Kirkpatrick, a Republican from Marietta who sponsored the bill.

House Bill 290 would create a three-year pilot program to provide PrEP to people in counties identified by the Centers for Disease Control & Prevention as at risk of HIV outbreaks due to a high rate of opioid use. PrEP is the use of a once-a-day pill taken by HIV-negative people to reduce the risk of infection. PrEP reduces the risk of HIV infection by up to 92 percent, according to the CDC.

Kirkpatrick (top photo) said the three-year program will cost $300,000, according to a fiscal note. The Georgia Department of Public Health would establish and manage the program.

“This bill is another approach to address the massive problem in our state that tracks with our drug epidemic,” she said.

The Senate passed the bill 52 to 0 on Friday, the penultimate day of the 2019 legislative session.

Rep. Sharon Cooper, a Republican from Marietta, introduced HB 290 in the House in February. The House passed it on March 1.

Rep. Park Cannon, a Democrat from Atlanta who is one of five LGBTQ members of the legislature, introduced an identical version of HB 290 in 2018. It failed to make it out of the House.

Cooper gave credit to Cannon for her work on the bill during a House Health & Human Services committee meeting in February.

“She has worked hard on all HIV issues, and she has dogged me to death until I got this one dropped and to our committee, which I appreciate her doing with the hassle we have had this session being a little bit different getting off to a slow start,” Cooper said.

HB 290 is the second bill passed by the legislature this year to battle the state’s HIV epidemic. The Senate passed a bill that creates a needle exchange program that could help reduce HIV rates on March 25.

Both bills now go to Kemp, who can either sign them into law, veto them, or leave them unsigned and they become law.

Georgia lawmakers killed a bill that would make it easier for HIV-positive Medicaid recipients to receive the most effective medications. The bill’s sponsor said it failed thanks in part to its $12 million cost to the state.