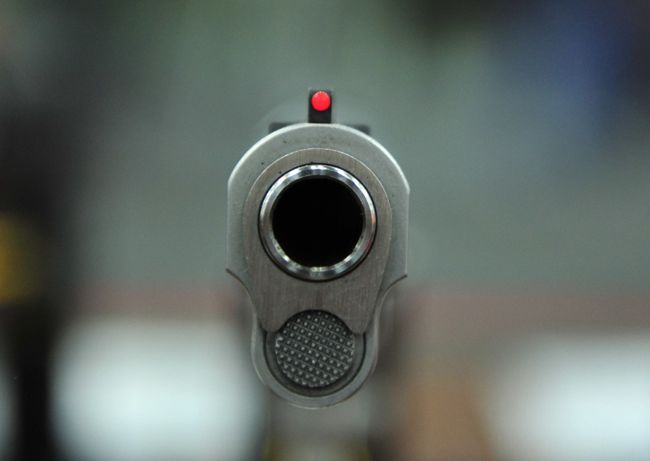 Because what you really need to mix into a night of cocktailing in gay Atlanta are guns, there's this: The Georgia House OK'd a bill allowing guns into bars, churches and college campuses.

Drunks. Packing heat. Think about that for a moment while you consider the specifics of House Bill 875:

House Bill 875, which passed 119-56, would lift restrictions on guns in churches and bars and allow school boards to arm employees. It would also no longer be a crime, under the bill, for licensed owners to carry guns on college campuses, where they are banned. Instead, those caught would face a civil penalty, a $100 fine.

The bill moves to the Senate where it thankfully failed last year. Lawmakers can't be bothered with voting on workplace protections for the state's LGBT employees, but they do seem preoccupied with turning a sweeping gun bill into law.

During more than two hours of debate Tuesday, supporters and opponents expressed fundamental differences regarding the culture of guns. For the bill’s backers, guns in the hands of those licensed to carry them are a deterrent to crime and a means of self-defense. To its critics, more guns increases the chance of gun violence.

The state's three openly gay lawmakers – Karla Drenner, Simone Bell and Keisha Waites – voted against the bill. It passed the House on a 119-56 vote. So guns in gay Atlanta bars could soon be a thing, making last call brawls like this and this much, much worse.