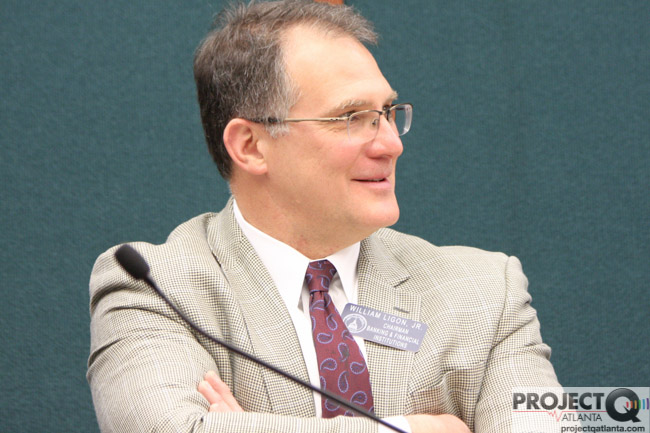 The Georgia Senate passed a bill to reform the state's adoption laws after removing anti-LGBT language. But Republican lawmakers promised to introduce a new bill that would allow religious agencies to ban adoptions by LGBT people.

On Thursday, the Senate voted 40-13 in favor of House Bill 159, which is a bill Rep. Bert Reeves introduced last year to make improvements to state adoption laws rules governing foster care. But anti-LGBT lawmakers on the Senate Judiciary Committee hijacked the bill last March and added an amendment from Sen. William Ligon (photo) to allow private adoption agencies receiving public funds to discriminate against LGBT couples and others based on their mission statement.

Senate Republicans took a victory lap on Thursday after the vote.

“The Senate passed its first bill of the session today – a comprehensive update of the state’s adoption law,” Senate Majority Leader Bill Cowsert said in a prepared statement. “The bill now stands as a testament to Georgia’s goal of helping mothers choose life and of simplifying the adoption process.”

But Cowsert, Ligon and Judiciary Committee Chair Sen. Jesse Stone said the anti-LGBT adoption provision will return this session as a separate bill.

“At the end of the 2017 session, disagreements arose over a Senate provision that would have prevented the government from forcing religious adoption agencies to place children in homes contrary to the agencies’ firmly held religious beliefs. Because of resistance in the House, the Senate sponsors of this amendment have agreed to remove this language and introduce it as a separate bill where it can be vetted on its own,” Cowsert said.

Ligon said faith-based adoption agencies could face a difficult decision without protections under state law. Via the AJC:

State Sen. William Ligon, who added the religious protections to the adoption bill last year, said adoption agencies shouldn’t have to choose between closing down or violating their faith.

“We have removed these distractions from the adoption bill,” said Ligon, R-Brunswick. But when he revives religious liberty legislation, “the people of this state will see exactly where their government stands on this issue.”

During the Judiciary Committee's deliberations over the bill last week, Stone also confirmed that anti-LGBT provisions would be carved out and included in new legislation. Via the Georgia Voice:

Committee Chairman Jesse Stone listed a number of changes to the bill, concluding with the anti-LGBT provision, which he said “added protections for child placement agencies.”

“In reflection, we have decided that these should be decided in a separate bill,” Stone said, adding that the committee is working with Sen. Ligon on that bill.

On Tuesday, anti-LGBT religious activists rallied at the State Capitol and urged lawmakers to pass a “religious freedom” bill from Sen. Marty Harbin.