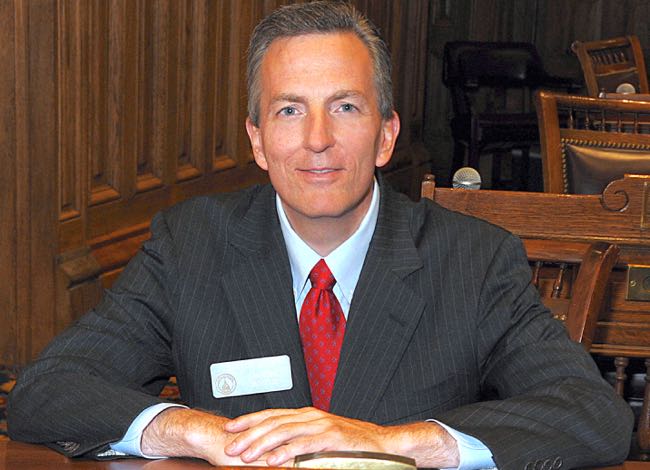 UDPATE | The Senate Judiciary Committee approved an LGBT adoption ban in a 7-4 vote.

LGBT activists warned late Thursday that a Georgia Senate committee is considering adding language to a bill that would allow adoption agencies to discriminate against LGBT parents.

The amendment was being considered by the Senate Judiciary Committee as it debated House Bill 159. That measure, which has bipartisan support, modifies adoption laws in the state.

Kirk sponsored anti-gay legislation last year that was morphed into HB 757. McKoon has been the public face of anti-LGBT “religious freedom” legislation for several years.

In a shameful act of political maneuvering, members of the Senate Judiciary Committee just tainted a good adoption bill (HB 159) by adding a blatantly discriminatory amendment that seeks to allow adoption agencies—even ones that receive public funding—to discriminate against same-sex couples and refuse to work with prospective LGBT parents.

The amendment to HB 159 doesn’t just seek to cast LGBT Georgians as second-class citizens. It does so at the expense of some of the most vulnerable people in our communities: Young people with no family to call their own.

The amendment quickly gained attention as the Judiciary Committee considered scores of bills on Thursday. Lawmakers have just five legislative days left before the session ends on March 30.