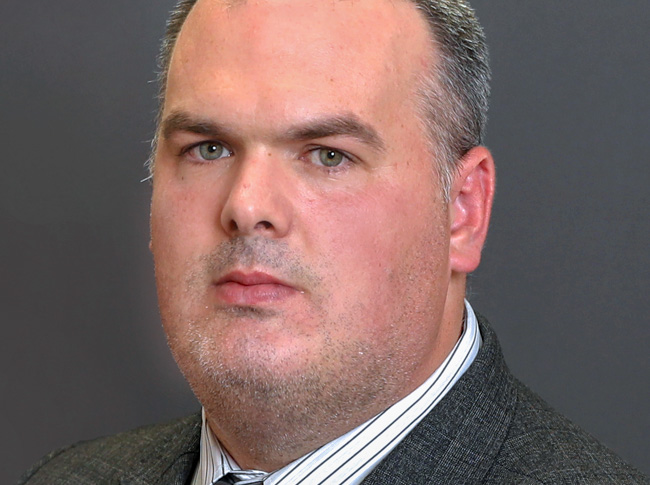 A state lawmaker from Sharpsburg introduced a bill that would ban transgender youth from competing in athletic events at public facilities.

The purpose of the bill is to “protect the integrity of athletic competition and protect our youth,” according to Singleton (photo).

“This legislation would not dictate how organizations define their sports, but it would give children and parents peace of mind, as well as provide children with the freedom to participate in athletic competitions fairly and with the competition they expected when they chose to compete,” he said in a press release.

“The transgender community as a whole is increasingly the target of violence and harassment, and that is all that this legislation accomplishes,” he told Project Q Atlanta. “It does not protect any students; it attacks and makes students more vulnerable.”

Singleton said the focus of his bill is “not currently a hot button issue,” but that he wanted to act preemptively.

“The point here is to make sure that every child has the opportunity to compete,” he said. “This is about inclusion and transparency.”

Singleton is using sports as a wedge issue, according to Graham.

“It’s really designed to deny the very humanity and existence of transgender people, and it is an increasingly disturbing trend that we are seeing legislation like this that is popping up around the country,” he said.

The Democratic Party of Georgia blasted Singleton in a press release on Friday.

“Philip Singleton just made it clear what we can expect from Georgia Republicans next session: active discrimination as state policy, instead of protecting the rights of LGBTQ Georgians or ensuring that uninsured Georgians can afford their health care,” said spokesperson Maggie Chambers.

“Singleton’s bill is just the latest in a long history of Georgia Republicans doing anything possible to put their extreme agenda ahead of the needs of their constituents,” she added.

HB 747 has no co-sponsors yet. Singleton, a Republican, represents House District 71 in Sharpsburg, which is 40 miles southwest of Atlanta. He took office earlier this year.

HB 747 is the second attack leveled at trans youth heading into the 2020 legislative session, which begins Jan. 13.

State Rep. Ginny Ehrhart, a Republican from Marietta, plans to introduce a bill that makes it a felony to give testosterone or estrogen treatments to transgender minors. An Atlanta pediatrician who advocated for the bill leads an anti-LGBTQ hate group. The bill has not yet been filed.

The Pickens County School Board suspended the policy a day after the meeting, citing death threats, harassment and vandalism.

The issue has also become contentious in Fannin County and Hall County.