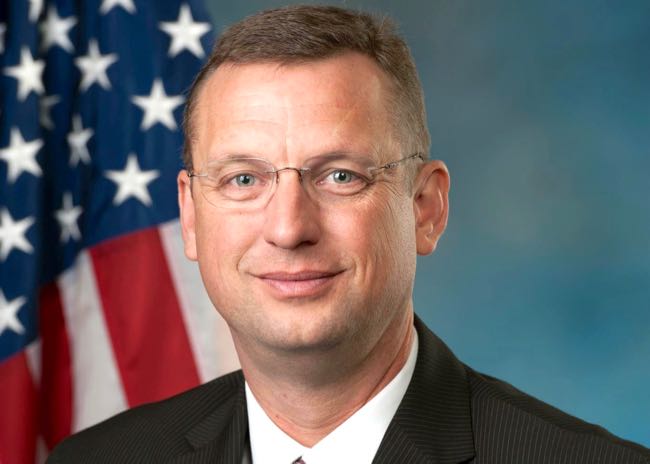 Collins (top photo), who represents Georgia's 9th Congressional District, made the comments during a congressional hearing on Tuesday that addressed the Equality Act. The bill would expand the Civil Rights Act of 1964 to include sexual orientation and gender identity.

Collins zeroed in on the gender identity component of the bill, according to Buzzfeed.

Collins added that including transgender protections in the bill “nullifies women and girls as coherent categories worthy of civil rights protection.”

Antwon Stephens, a Democrat running against the four-term Republican in 2020, called the comments “despicable.”

“He’s going to have to answer for that — trying to use women and saying they’re going to be victimized by transgender people, that is absolutely despicable and makes no sense to me,” Stephens told Project Q Atlanta.

Stephens, who is bisexual, pointed out that Transgender Day of Visibility was just celebrated on Sunday.

“Transgender rights are human rights and it’s time to draw that line,” he said.

Stephens added that the country needs to “remove this toxic masculinity that older white male Republicans have.”

Collins criticized an opponent for supporting civil unions in the 2012 race for the 9th District seat, slammed President Obama’s guidance on transgender access to restrooms during the 2016 race and was a co-sponsor of the anti-LGBTQ First Amendment Defense Act.