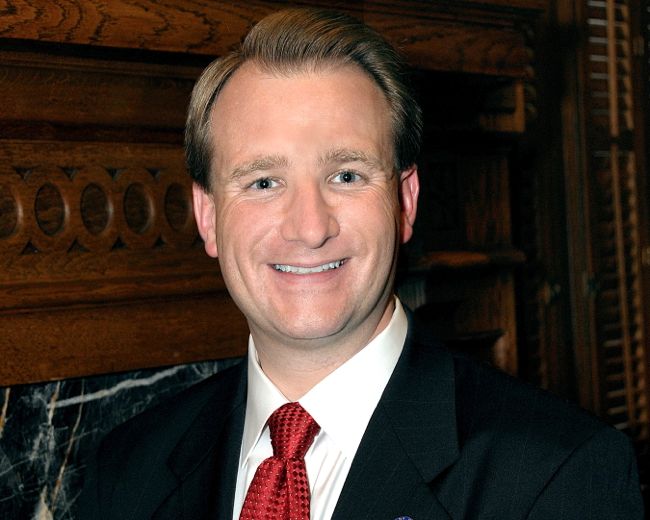 Today in rampant asshattery, we bring you an op-ed about gay scouts from State Sen. John Albers, a Republican from Roswell, who uses the “I'm appearing to chastise both sides (but I'm really chastising one side)” angle to make his point.

This is following the decision in late May by the Boy Scouts to finally allow openly gay scouts (but not openly gay leaders). Various area churches have reacted by spreading the message of God's love flipping the hell out and kicking their scout troops to the curb. There's the Johnson Ferry Baptist Church minister who once told a gay teen that his father was wrong for kicking him out but did just that to the scout troop his church sponsored, and compared gays to alcoholics while he was at it. Other metro Atlanta churches, worried about horny gay scouts, continue to get in on the gay-hating action.

Albers tries to play both sides but misses the point. Or he knows exactly what he's doing and hopes people won't see through it. Let's take it to the blow-by-blow. 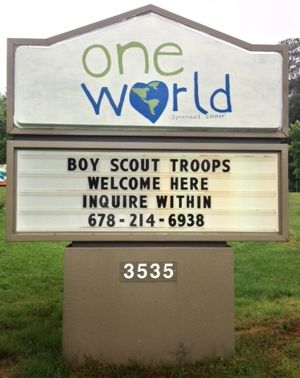 This conveniently ignores the fact that it was the Boy Scouts itself who made an issue of these boys' sexuality in the first place by instituting a rule against allowing openly gay scouts. If the rule didn't exist, there would have been no need for a movement to reverse it. But okay, let's see where this goes.

Anyone who needs to outwardly profess their sexuality, no matter their preference, has no business in the Boy Scouts. Being a scout is a safe environment for kids to learn, lead, and perhaps even sometimes learn to fail. I will never fully comprehend why outside organizations have targeted the Boy Scouts. But, it is very sad they are pushing their agenda onto the kids.

Again, Albers appears to chastise both sides (“no matter their preference!”) while professing ignorance about which side pushed their (ahem) agenda onto the kids in the first place. But let's read on. At least he's not making up insane merit badges or something yet.

There are not merit badges for sexuality and political correctness. This topic has now been legitimized and made into something it never should be - a topic for these kids to discuss. You have also put churches and other institutions in a position to choose between their doctrine and your political agenda. Sadly, I fear Scouting will lose thousands of Scouts and troops now. We should not cave to political pressure and make people’s sex lives the main topic of conversation. This is not what scouting is about.

Agreed! So the only way to no longer make scouting about people's sex lives is to reverse the rule about only allowing straight scouts (check) and leaders (not yet, but hopefully one day soon). If only there were one simple rule to resolve all of this (besides getting rid of that one about discriminating against gay people, because the constituency just eats that shit up y'all).

All of this can be resolved with one simple rule, “Anyone who needs to discuss their sex lives in front of Boy Scouts aged 10-17 is not allowed”. I don’t want to know about anyone’s sex lives period and neither do my boys. If you cannot control yourself, you have no business in this organization as a member or a leader.

As far as a rule against scout members discussing sex, it's pretty clear Albers has never been a 15-year-old boy. And as far as a rule against scout leaders discussing sex, he seems to think that if openly gay scout leaders are eventually allowed in, they're going to be playing games of “Who'd You Rather?” 'round the campfire with the kiddies. If/when openly gay scout leaders are allowed in, all they will want to confirm is that yes, that was their wife (and not their roommate) who they were saying goodbye to before leaving on that overnight trip. And yes, that was their husband who made the trail mix for everyone for the day hike. Just like all of the other straight scout leaders have had the luxury of doing since the organization was founded a century ago.

Luckily, there are Atlanta churches putting the word out that all scouts are welcome through their doors. They're even being loud and proud about it on their marquees (second photo). Hey there, Marietta's One World Spiritual Center.

And the Atlanta Area Council Boy Scouts of America is actively helping troops displaced by their houses of worship find new places to meet, saying that for every troop that is getting kicked out, there's about ten more organizations ready to take them in.

So while Albers is right that scouting should be able to get back on message (i.e. good citizenship, trustworthiness, etc.), that can't be done until the organization lifts its ban on openly gay scout leaders. Then they'll be able to truly reflect the values they wish to instill in their members.