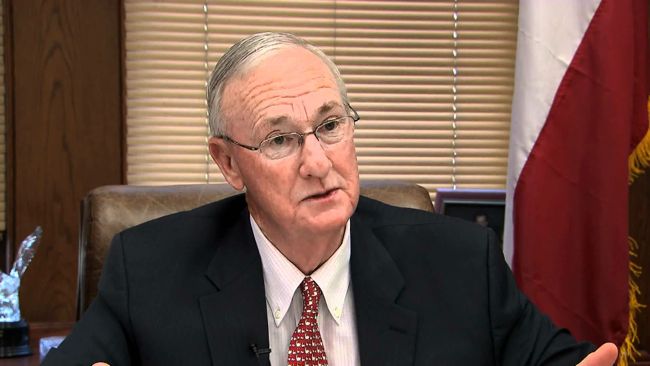 The top Republican in the Georgia House, Majority Leader Larry O'Neal, doesn't want to sell any of his tasty hypothetical angel food cake to the gays. He also says the gays don't face discrimination. None. Not a bit.

As debate swirled at the Gold Dome this week over two “religious freedom” bills, O'Neal offered this delusional quip to WABE.

When asked whether he believed LGBT people, in general, faced discrimination in Georgia or in the country, O’Neal was unequivocal.

Further, none of his bigot cake to you gays, either.

Here’s the Warner Robbins Republican referring to a hypothetical baker earlier this week.

“If I don’t want to sell you my angel food cake, I don’t have to. And why should a particular group of non-recognized — a group of people that do not have any basis for discrimination kind of cases — why should they have any more rights against that baker than me or any other citizen in society?”

O'Neal faced an easy question and muffed it. For that, O'Neal gets a gold star for his inclusion on the list of Georgia's anti-gay haters. He also received this retort from state Rep. Karla Drenner, one of the state's three openly gay lawmakers.

“I would ask the Majority Leader what facts he bases his opinion on. He’s not gay as far as I know and I’m sure he has gay constituents out there and I would ask his gay constituents to contact him and cite some examples on what it’s like to live in a world where you’re treated differently.”

Proving again that Drenner is smarter than an old white Republican bigot.