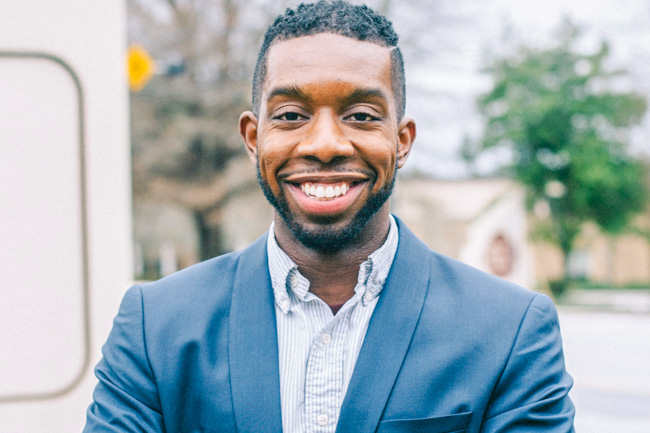 A group of state lawmakers from Gwinnett honored “remarkable and distinguished Georgian” Everton Blair with a proclamation on the floor of the Georgia House on Tuesday.

House Resolution 1241 cited Blair becoming the first openly gay and youngest-ever member of the Gwinnett School Board. Blair came out in October.

“Thanks Rep. Dr. Jasmine Clark for the recognition this morning!” Blair wrote on Facebook.

The resolution also praised Blair’s contributions to education, including his work as director of programs at UnboundEd, which provides free training and resources for teachers.

“I'm just honored to be able to represent voices that have felt unheard and to use my power to make our school system even more equitable, inclusive and outstanding,” he told Project Q Atlanta.

Rep. Dar’shun Kendrick, a Democrat from Lithonia, congratulated Blair on Twitter and noted that he is the Gwinnett School Board’s first-ever African-American member.

Today the Gwinnett Delegation was able to honor constituent Everton Blair, the first African American elected to the Gwinnett Board of Elections (and I believe youngest). Thanks Rep. Jasmine Clark for honoring him with today's #BlackHistory moment! #publicservicerocks pic.twitter.com/bAMOG1lOdP

Queer state Rep. Park Cannon, a Democrat from Atlanta, honored gender nonconforming actor, entertainer and activist Miss Lawrence with a proclamation in the Georgia House in 2019.