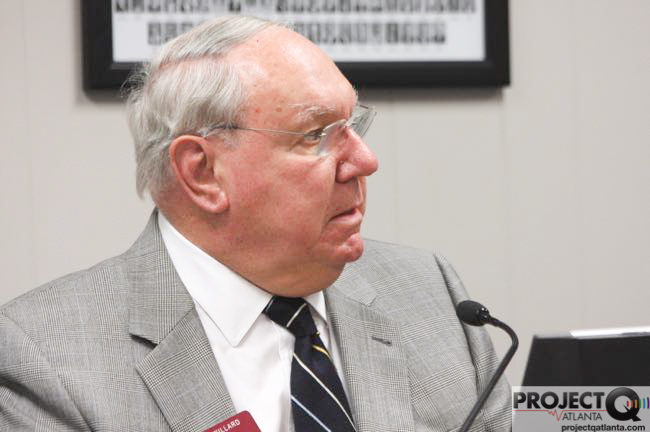 A hate crimes bill that would protect people based on sexual orientation and gender – though not gender identity – was approved by a key Republican-led committee in the Georgia House on Thursday.

The vote by the House Judiciary Civil Committee was likely the furthest an LGB-inclusive hate crimes bill has advanced since the legislature passed a hate crimes bill in 2000. That measure was dumped by the Georgia Supreme Court in 2004, leaving Georgia as one of just fives states without hate crime protections.

“It is incredibly important that there was this conversation around hate crimes and that the committee itself issued a do pass on it,” said Jeff Graham, executive director of Georgia Equality. “The conversation within the Judiciary Committee frankly, I  believe, was one of the best conversations we have had to date that the full LGBT community is protected.”

The bills from Hanson and Bennett increased sentences for crimes targeting people based on their actual or perceived race, color, religion, national origin, sexual orientation, gender, gender identity, and mental or physical disability. The bill passed on Thursday strips out gender identity but – thanks to an amendment from Hanson – includes gender.

During the hearing, Willard (photo) – the powerful Republican lawmaker who chairs the committee and is a co-sponsor of Hanson's bill – said language in the new bill is “inclusive of all of that.”

But lawmakers on the committee – including Democrat Rep. David Dreyer and Republican Andy Welch – argued that the legislation should define specifically whether transgender people are included.

“In the last year, five transgender people were targeted and killed in Georgia. Some of the stories are very tough. That targeting of individuals because of their perceived gender – heinous crimes. It is one of the most vulnerable groups at this time.”

Graham said that Willard's intent with the legislation is to also protect transgender people.

“Where the concerns were today, we needed to make sure that transgender folks were clearly covered. It was the sense of the committee that gender does that – that perceived gender would include transgender folks,” Graham said.

Hanson's hate crime bill was vetted during a subcommittee meeting of the Judiciary Committee in February. During the hearing, the bill was supported by GBI Director Vernon Keenan, Pete Skandalakis, a longtime district attorney who is now executive director of the Prosecuting Attorneys Council of Georgia; the Georgia Association of Chiefs of Police; Fani Willis, a former deputy district attorney; and several LGBT and progressive groups.

Bennett's hate crime bill also received a hearing in February. Senate Bill 316, a companion hate crime bill, was introduced along with it by the Georgia Legislative Black Caucus in early January.

Religious conservatives harshly criticized both bills during the hearings. They were out in force again Thursday to oppose the creation of the new hate crime legislation.

“It's a big moment with a long way to go,” Graham said.