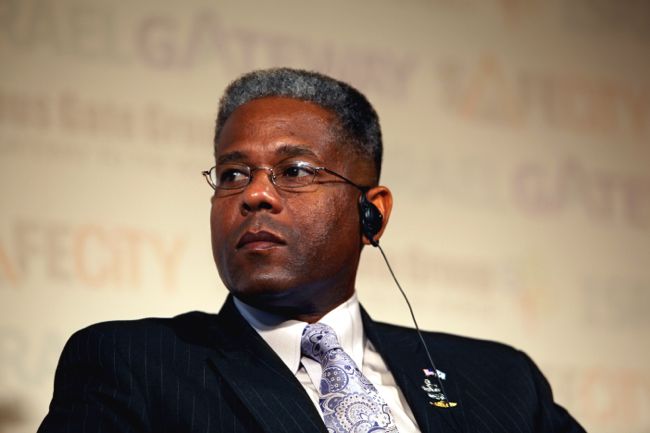 Anti-gay batshit crazy plays well in the Georgia GOP, so why not try and pad your roster with a designated hitter like Allen West. That’s what Sue Everhart says.

“I would be glad to have him come back to Georgia and at some point run here,” Everhart told my AJC colleague Daniel Malloy during a discussion about diversity within the Republican party. “I would certainly try to help him because he has done his job. The way he ran his race didn’t in any way interfere with the job he did. He ran as a Republican, a conservative Republican.”

Everhart called the one-term West “one of the finest congressmen this country’s ever had.”

Florida voters threw West out of office on Nov. 6, though he won’t concede the race. While we wait for West to take hold of reality, let’s recap some of best anti-gay salvos: Gay marriage doesn’t matter, LGBT workplace discrimination doesn’t happen, gays are intolerable, and repealing “Don’t Ask Don’t’ Tell” will break down the military. He also fired an intern for re-tweeting a pro-gay message.

Yes, yes. That will fit nicely into the Georgia GOP’s anti-gay platform.

Fortunately, West demurred a day later by saying “I’m not an NFL free agent.” Or even in the NFL. But OK.