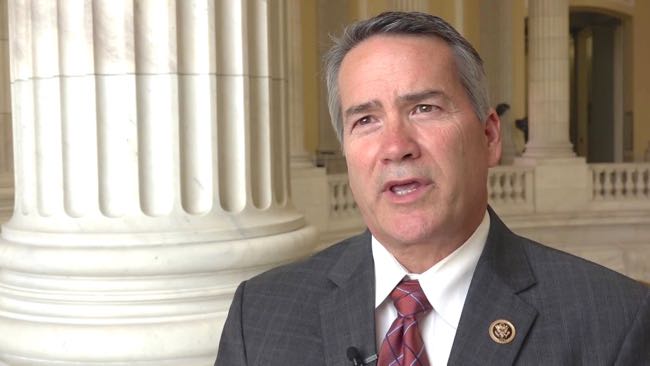 Georgia Republicans are split on how best to discriminate against LGBT people. State lawmakers want to push a “religious freedom” bill again, while federal lawmakers want the anti-gay legislation left to them.

So on Tuesday, a U.S. House committee has scheduled a hearing for federal “religious freedom” legislation that has the backing of all 10 of Georgia’s Republican representatives and its two senators. The hearing will be headlined by former Atlanta Fire Chief Kelvin Cochran, who was fired in 2015 over his anti-gay, misogynist and anti-Semitic book. Since his dismissal, he’s filed a federal lawsuit and become a darling of anti-gay religious conservatives.

The hearing will give lawmakers the chance to chew over the First Amendment Defense Act, which was introduced in 2015 by Rep. Raul Labrador and Sen. Mike Lee in anticipation of the U.S. Supreme Court legalizing gay marriage. The bill would offer protections to public employees who oppose gay marriage. Critics – including some 70 groups that want the hearing cancelled – say the measure legalizes anti-gay discrimination.

Rep. David Cicilline (D-R.I.), who’s gay and a co-chair of the LGBT Equality Caucus, denounced the committee’s decision to hold a hearing in a statement as “nothing more than an election-year stunt to rally conservatives at the expense of LGBT Americans.”

“In most states, you can get married on Saturday, post photos of your wedding to Facebook on Sunday and then get fired or kicked out of your apartment on Monday just because you’re gay,” Cicilline added. “FADA exacerbates this injustice by allowing religion to be used as a blanket excuse for denying LGBT people access to employment, housing, mental health care, emergency shelters and other essential services. This is wrong. Fairness and equality are core American values.”

Yet Georgia Republicans are all for it. The state’s two senators – Johnny Isakson and David Perdue – jumped on board with FADA in January and tried to shoo state lawmakers away from their own efforts. And all of its GOP Congressman are making it clear that they back it, too. Via Zpolitics:

All ten of Georgia’s Republican congressmen have signed on to a religious liberty bill that is slowly making its way through the  U.S. House of Representatives.