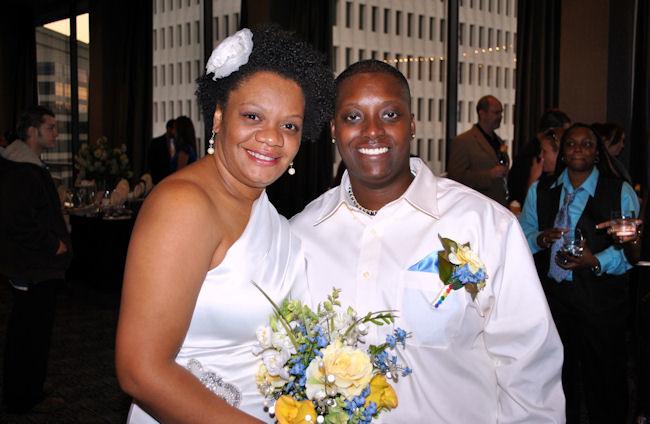 Following a report that the South has not only the lowest but slowest growing support for gay marriage, Public Policy Polling comes out with Georgia-specific numbers that suggest the word “marriage” may be the sticking point. Just last week, a look at a decade's worth of polls showed marriage equality backers in the Southeast are more than 10 years behind the national curve at just 41 percent of voters. That’s only slightly better than the Southwest, which stands at 40 percent support. Both numbers have grown in the last decade, but don’t reflect a historic nationwide rise to more than half of Americans for same-sex marriage. But civil unions may be OK with way more than half of Georgians, according to Georgia-specific stats released by Public Policy Polling. Even more suprising? A relatively large number of GOP Georgia supports civil unions as well.

Georgia voters continue to be strongly opposed to gay marriage. Only 27 percent of voters think it should be legal to 65 percent who believe it should be illegal. Nevertheless 57 percent support either gay marriage or civil unions to only 40 percent who think there should be no legal recognition for same sex couples. Even among Republicans there's 44 percent support for at least instituting civil unions. These numbers back up what we've found nationally over the course of the year which is that there's still a hang up with many voters about the term 'marriage' but at this point there's broad support for same sex couples at least having the same legal rights as heterosexuals.

That certainly wasn’t reflected in 2004 when Georgia voters overwhelmingly supported an amendment to the state constitution that bans legal recognition of same-sex couples. But maybe attitudes are softening, even in a Bible Belt world that wants to own words in the dictionary. Even in Atlanta, where gay couples (top photo) are peacocks one day and feather dusters the next. Are you listening, Karen Handel? Of course, the numbers still put Georgia way behind the national average, which stands at 70 percent support if you factor in civil unions. Among Republicans, 57 percent support marriage or civil unions nationally. What do you think? Do you believe statewide backing for legal recognition of same-sex couples is that high if "marriage" is out of the equation, or is there a glitch in the polling that accounts for the show of support? Photo by Randall Carpenter