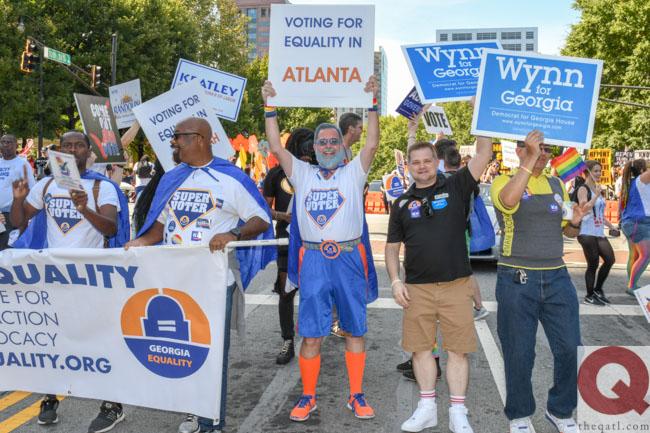 An NFL Hall of Famer auctioned off a ticket to Super Bowl LIII to benefit transgender equality, and one LGBTQ Georgia organization was a lucky beneficiary.

It’s all possible thanks to former Chargers and Raiders offensive tackle Ron Mix, who was moved to do the auction in response to the proposed ban on trans military members.

“The mistreatment of transgender people is contrary to everything athletics embraces: fair play, equal opportunity and respect, and judging people by conduct, not by bigoted preconceived perceptions,” Mix said in a press release.

“Family rejection, discrimination and violence cause an estimated 40 percent of the 1.6 million homeless youth to be from the transgender and other LGBQ groups. The suicide attempts among transgender youth are many times higher than the general population. That horror should be a shock to the conscience of America,” he added.

The auction winner will go to the game with Mix, be treated to dinner and given an autographed Chargers jersey.

Mix, 80, wrote an essay for Outsports in 2013 about loving his lesbian daughter and the acceptance of LGBTQ people in sports.