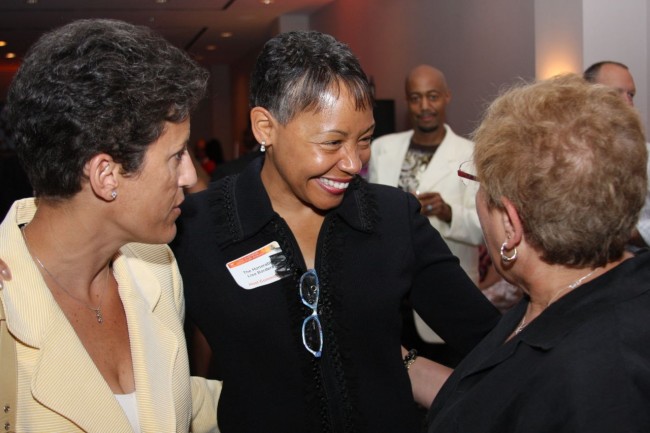 “Lisa Borders’ commitment to LGBT rights is part and parcel of who she is as an individual and as an Atlantan,” Jeff Graham, executive director of Georgia Equality, says in a release about the endorsement. “Right now, the entire community, including LGBT Atlanta, is looking for a mayor who will make this city safe, and do so with integrity. When she is elected Atlanta Mayor, Lisa will use the office to advocate strongly for a state-wide hate-crimes law including sexual orientation and gender identify.”

The endorsement comes in the wake of an Atlanta Police Department raid at the Eagle. The incident has since received harsh criticism, prompted a rally on Sunday that attracted hundreds of people and calls from several political candidates to investigate the raid.

Borders, who says she would replace police Chief Richard Pennington, issued a statement Friday afternoon pledging that she will “work to ensure that justice be equally applied to all citizens.” On Sunday, she issued a second statement calling for an investigation into the raid, mirroring calls from former state Sen. Kasim Reed, who is also running for mayor, and Alex Wan, one of six candidates for the District 6 seat on the Atlanta City Council. 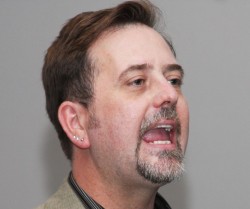 “Further, she has pledged to hire a new police chief who will be sensitive to LGBT civil rights and maintain an LGBT community liaison position within the Atlanta Police Department. Lisa Borders will bring change to the city’s police leadership and will make certain that the city’s public safety program is listening to lesbian, gay, bisexual and transgender residents,” says Graham (photo).

Borders says she is honored to receive the Georgia Equality endorsement.

“Since being elected to serve as City Council president, I have worked hard to ensure every voice is heard and civil rights is applied equally to all citizens,” Borders says in a prepared statement. “What I also understand is the LGBT community has the same priorities for Atlanta as everyone else–fixing the city’s finances and creating safe, livable neighborhoods. The LGBT community is an active and vital force in Atlanta politics, and I am confident with their help I will win on November 3.”

Her campaign also highlighted her work on LGBT issues, including working with senior managers at Grady Health System to include sexual orientation in the hospital system’s non-discrimination policy. Borders has served as president of the Henry W. Grady Health System Foundation. She is also working with the Gay & Lesbian Medical Association, Georgia Equality and local hospitals to expand the Patient’s Bill of Rights to include LGBT people, according to the campaign.

In endorsing Borders, Georgia Equality passed over Reed, who has a long track record of supporting LGBT issues in the General Assembly, and Kyle Keyser, a gay candidate and community organizer. Borders has attended several gay events this year, including Georgia Equality’s Evening for Equality in late June (top photo).

Reed sent staffers, but has attended other LGBT events. Last week, state Rep. Karla Drenner, the only openly gay in the state legislaure, was among a group of progressive lawmakers who endorsed Reed.

But Georgia Equality cited Borders’ leadership on LGBT issues during her term as City Council president and her efforts in negotiating a compromise earlier this year that returned the Atlanta Pride Festival to Piedmont Park. The group also applauded Borders for her statements concerning the Eagle raid.

“Lisa Borders’ track record of doing the right thing during difficult times shows she is the candidate who will best lead Atlanta in the days ahead,” Graham says.

“In a city where LGBT individuals make up well over ten percent of the population, it is good to know that Lisa Borders will work to ensure the city government appreciates the rich diversity and talent that Atlanta has to offer,” Graham says.

With Mitchell, the group says the current City Council member has worked to cultivate a strong relationship with LGBT Atlantans. He also recognizes that the city should improve its support of transgender residents through city policies, Georgia Equality says.

Georgia Equality has also endorsed a few of the 12 openly gay candidates running in municipal elections across metro Atlanta. The group has backed Simone Bell in her race for the District 58 seat in the state House, Brian Bates for the Doraville City Council and Kyle Williams in his campaign for the Decatur City Commission.