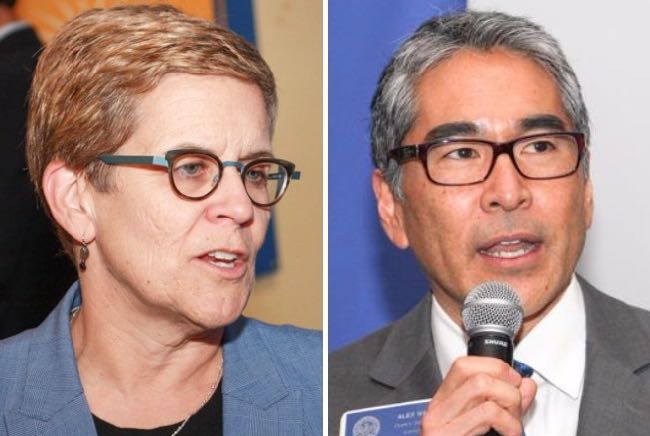 Georgia Equality endorsed a batch of candidates in municipal races across Atlanta, reaffirming its support for Cathy Woolard's mayoral run and supporting some – but not all – LGBT candidates on the ballot.

In all, the statewide LGBT advocacy organization endorsed 20 candidates in races in Atlanta, Clarkston, Doraville and for the Atlanta School Board. Six of those are LGBT candidates.

Georgia Equality reaffirmed Woolard as its choice for mayor and Alex Wan for City Council president. The group first announced supporting those LGBT candidates in August.

Georgia Equality also endorsed incumbent Carla Smith over LGBT challenger Bill Powell in the District 1 race for Atlanta City Council and Woolard over another LGBT challenger in the mayor's race, Laban King. The group also did not issue an endorsement for the At-Large Seat 8 post for the Atlanta School Board, which includes LGBT challenger Charlie Stadtlander, or in East Point, where LGBT candidate Christopher Weed is running for the City Council.

In a period in which many people seeking elected office are supportive of the LGBT community, the Georgia Equality Board of Directors will issue an endorsement for a candidate who we feel is best placed to advance our policy agenda.  The lack of an endorsement should not necessarily be viewed as a negative reflection of a particular candidate's views on LGBT issues in general. In some instances the board did not make an endorsement if there were multiple candidates with evenly matched views on LGBT issues or in races where an incumbent was running unopposed.

Georgia Equality has not yet issued endorsements in Fulton County races, which include LGBT candidates Keisha Waites (chair), and Reese McCranie and Josh McNair (District 4).

The full list of candidates Georgia Equality endorsed on Friday: