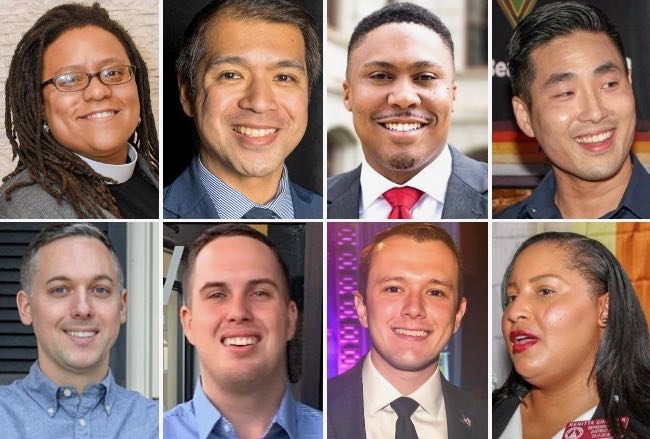 Georgia Equality endorsed a slate of 18 candidates – including 10 LGBTQ ones – in state legislative races and said the picks would help bring “fairness and safety for LGBTQ Georgians” to the State Capitol.

The endorsements include just one Republican – a gay man running for a state Senate seat. Many of the endorsed candidates face contested primaries on June 9, while two incumbents will coast to new terms without any opposition in June or in the November election.

“In a time when government competency and transparency are so desperately needed, we are excited to be supporting candidates and incumbents who will bring just that to the State Capitol,” Jeff Graham, executive director of Georgia Equality, said in a press release.

“Each of these candidates believes in fairness and safety for LGBTQ Georgians and if elected, will work hard to make sure those beliefs become state law,” he added.

The endorsements, issued Monday, include 10 LGBTQ candidates. Among those are the five current LGBTQ members of the state House who are seeking re-election – state Reps. Park Cannon, Karla Drenner, Sam Park, Renitta Shannon and Matthew Wilson. Cannon doesn’t face any opposition. Shannon faces an opponent in the Democratic primary in June, while Park and Wilson face Republicans in the November general election. Drenner faces an Independent challenger in November.

Georgia Equality did not endorse seven other LGBTQ candidates in state races. They are state House candidates Jonathan Gilreath-Harvey, Julie Jordan, Kyle Lamont, Andrew Niquette and Alex Wan, and state Senate candidates Kelly Johnson and Devin Barrington Ward. (UPDATE | Georgia Equality clarified after this article was published that the endorsements are for primary races. The organization may issue additional endorsements after the June primary.)

At least 17 LGBTQ candidates are running for the Georgia General Assembly this year.