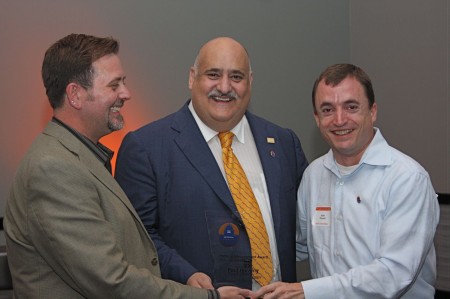 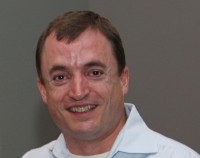 Thornell, openly gay and HIV positive, lived with his partner in East Atlanta and served as policy communication director for CARE, a humanitarian organization that combats global poverty based in Atlanta. Thornell resigned as executive director of Georgia Equality in 2004 after two years to become deputy regional political director of the Service Employees International Union. Thornell moved to East Atlanta in 1995.

“I met Allen shortly after he moved to Atlanta, I believe he was 24 at the time,” says Jeff Graham, executive director of Georgia Equality. “In addition to being a close friend, he was someone I had worked with in several different roles in several different organizations. Allen had an incredible spirit about him and political insight that was unrivaled. That was joined with a deep commitment and passion toward social justice and working with so many different communities.”

“So many people think of Allen in terms of LGBT activism, but his passion and interests and respect he earned because of it extended beyond that. He will leave a void in our community that will be all but impossible to fill. It is a time of great mourning and loss for us here at Georgia Equality,” Graham says.

Thornell, 38, is the second longtime Atlanta LGBT activist to die in recent months. Phillip Rush, 55, died April 28 of complications arising from a blood clot. Thornell and Rush were friends.

Glen Paul Freedman, a longtime friend of Thornell’s, released a statement regarding his death Monday about 12:30 p.m.

Last night community leader Allen Keith Thornell suffered from a stroke. It is with tremendous sadness that we inform you that his stroke worsened overnight and this morning he passed away.

He was surrounded by his loving partner, Chad Prosser and friends during his final moments. His death is a tragedy of tremendous magnitude. Concerned with the welfare of so many others, he was a tireless advocate for the LGBT community, and a loyal friend. Our prayers are with his family and for our community. His loss will create a void for so many. Arrangements are being handled by Fischer Funeral Care.

In April, Thornell decided against jumping into his second campaign for the District 58 seat in the Georgia General Assembly. He was considering the special election to replace state Rep. Robin Shipp, who resigned the seat. Thornell lost to Shipp in the Democratic primary runoff in 2006.

As Georgia Equality’s board chair, Thornell was on hand June 27 for the organization’s Evening for Equality, which recognized several people and organizations with its Equality Awards.

The readers of Southern Voice named Thornell Best Male Hero in 2004 in part for his efforts to defeat a state constitutional amendment banning same-sex marriage. Readers again named him Local Gay Hero in 2006. Thornell has also worked with AIDS Survival Project and other local non-profits. Thornell was also named a Grand Marshal of the Atlanta Pride Parade in 2004.

Friends and colleagues are leaving remembrances on Thornell’s Facebook page.