The Georgia Supreme Court on Monday will hear arguments from a south Georgia doctor who is appealing his murder conviction, in part, on the grounds that introducing evidence of a gay sexual relationship during his 2007 trial was “highly inflammatory and unfairly prejudicial.”

Dr. Noel Chua (top photo) was convicted of felony murder and several drug charges in 2007 for the 2005 death of James Bazley Carter III, a 19-year-old college student who suffered from severe headaches and moved into Chua’s home a month after the doctor began treating him. Chua found Carter (second photo) dead on his bathroom floor on Dec. 15, 2005 and scattered on the floor were pills, physician drug samples and prescription bottles. Chua prescribed medications to Carter, including Morphine, Methadone and Oxycodone.

Medical experts testified at trial that Carter died of a combination of the drugs in his system and a jury later found Chua guilty of violating the Georgia Controlled Substances Act by distributing Oxycodone and Methadone. Based on the drug convictions, the jury also convicted Chua of felony murder.

Chua argues in his appeal that the evidence wasn’t sufficient to warrant a murder conviction.

Other doctors had previously prescribed similar medications and narcotics to Carter, and Chua was trying to find the right dosage of the right drug to help Carter with his debilitating headaches. Some of the experts, including one of the State’s, testified the level of Methadone in Carter’s blood was within therapeutic levels, and no witness could testify where Carter got the Morphine or Oxycodone, unless he stockpiled earlier prescriptions. The prescriptions Chua had given him would have run out by the time Carter died. Rather, it was Carter’s decision to take too many drugs and take drugs that were not prescribed to him that caused his death. “A conviction for murder and a resulting life sentence for a doctor is unconscionable if it is based on the speculation that ‘perhaps’ the drugs prescribed by that doctor were the drugs that caused the victim’s death,” Chua’s attorney argues in briefs. 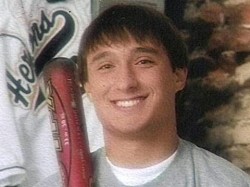 Prosecutors contend that Chua used the drugs to entice Carter into living with him. Chua also offered him a job in his office, gave him gifts, and took him on a trip to New York. Before that trip, Chua had Carter tested for HIV. During the trial, prosecutors successfully introduced into evidence Chua’s prior sexual relationship with a 15-year-old boy in Pennsylvania.

But Chua’s attorneys argue in his appeal that the incident fails to reach the bar for introducing similar transaction evidence and that the trial court erred in allowing it, calling it “highly inflammatory and unfairly prejudicial.”

Chua used his medical practice to attract young men, like Carter, into personal relationships, the State contends. The day after Carter first came to his office, Chua began calling and texting him. A month later, Carter moved out of his parents’ house and into Chua’s, and Chua gave him a job in his office. Chua gave Carter gifts, and prior to taking Carter with him on a trip to New York, he had Carter tested for HIV, according to the State. The trial court was correct to allow in the similar transaction evidence of 15-year-old John Doe #10, who also lived with Chua, “shadowed” him as he worked, and accompanied him on trips, according to the evidence, the State contends. Chua had lured John Doe #10 to live with him by enticing him with sex just as he lured Carter to live with him by enticing him with drugs, the State argued.

The Supreme Court will hear arguments in the case, Chua v. the State, during its 10 a.m. session on Monday.