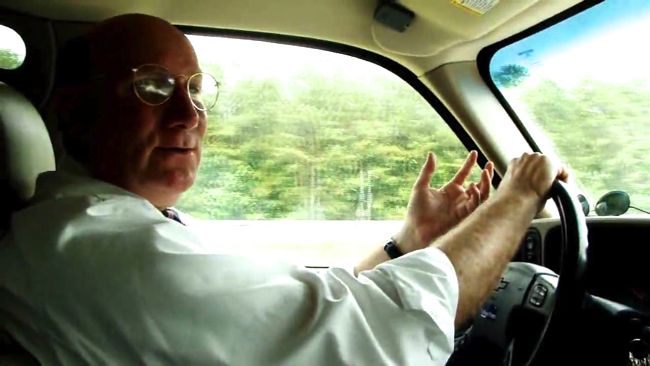 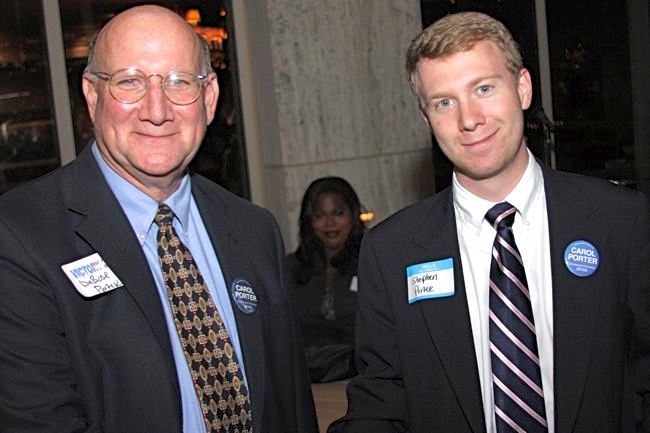 Georgia Democrats partied like its 2004 on Saturday, picking a former state lawmaker who twice voted for the state's ban on gay marriage and stands against the party's 15-month-old embrace of marriage equality.

The crowd of 200 party supporters tapped former House Minority leader DuBose Porter as the party's new chair, ending a campaign that started when party elders forced out Mike Berlon earlier this year. In May 2012, Berlon and the state party offered a full-throated endorsement of gay marriage in the wake of President Obama embracing it. Even if the official party platform doesn't back it.

Now, the party is lead by Porter, who as a state lawmaker in 2004 twice voted to support the state's constitutional ban on gay marriage. In 2009, he was scheduled to attend Atlanta's Human Rights Campaign Dinner but was a no-show. And in 2010, Porter's wife Carol, then running for lieutenant governor, couldn't even be bothered to take a stand against hate crimes and workplace discrimination based on sexual orientation.

Welcome to the new Democratic Party of Georgia. It looks a lot like the old one. Except that Porter's votes against gay marriage stood in sharp contract to then state Sen. Kasim Reed and now Atlanta mayor who came out in support of gay marriage in December. (Reed's candidate to run the state party, former state Sen. Doug Stoner, lost to Porter.)

Before Porter's election, gay Atlantans voiced their concern about Porter.

“Sorry, DuBose Porter, but when you vote twice to constitutionally ban same-sex marriage and are hostile to workplace fairness for government contractors, I think you have no place running the Georgia Democrats in 2013,” read a Facebook post from Anthony Michael Kries, who serves as political director of the Human Rights Campaign-Atlanta.

Now, the party's apparent backslide on gay marriage falls behind not only Reed but its consensus candidate for U.S. Senate. Michelle Nunn says she supports marriage equality personally, even if she would leave the issue up to states to decide as a senator.

After Porter was installed on Saturday, he talked of his tough new job.

Porter didn't mention his fourth Georgia — the one he favors that doesn't support marriage equality. Yet he promised to be an activist leader to help define the party.

Porter's victory was a sign that the party's base didn't want a wholesale change. The Dublin newspaper publisher traded on his decades of relationships with local leaders, built in the House and during his 2010 bid for the party's gubernatorial nod. “You know me,” he exhorted the crowd. But he promised to be an activist leader with robust recruitment efforts and a marketing strategy that more aggressively depicts the party's views. “In the past we've let Republicans define us,” he said. “Now we're out to do that ourselves.”

Dubose Porter. Redefining Georgia Democrats right back to its marriage bigotry of 2004.