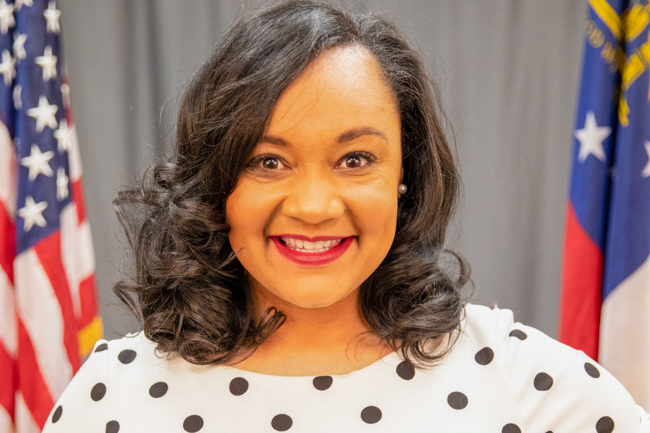 The leader of the Democratic Party of Georgia and the party’s LGBTQ Caucus called on state Rep. Vernon Jones to apologize for anti-transgender comments he made to a local official.

Jones, a Democrat from Lithonia, allegedly told Doraville City Councilmember Stephe Koontz that she “might be a man one day and a woman the next, I don’t even know what you are.” The eruption came Tuesday at the State Capitol. Koontz is the only openly trans elected official in Georgia.

“There is absolutely no place in our Democratic Party for transphobia and bigotry,” she said in a statement. “He needs to apologize immediately to Councilwoman Koontz. Moving forward, I urge him to learn from our LGBTQ community, and commit to leading with inclusion, not division.”

“There is no place for transphobia or homophobia in our party,” Caucus Vice Chair Patricia Lassiter wrote on Facebook on Tuesday. “Our big tent is a place for growth and the opportunity to practice true Democratic values.”

“Rep. Jones, this is your chance to be the Democrat you were elected to be. Apologize immediately. Respect our LGBTQ family. Respect all Georgia Democrats,” she added.

Rhonda Taylor, Jones’ opponent in the Democratic primary for House District 91, called his comments “outrageous.” Taylor is a civic activist and owns a legal consulting firm.

“It is absolutely appalling that a representative would not only have such terrible thoughts but would actually express them privately or publicly,” Taylor wrote on Facebook on Wednesday. “Rep. Jones’ behavior is reprehensible and inexcusable.”

“The LGBTQ community is essential to the overall establishment and success of not only District 91, but to the state of Georgia and to this nation as a whole,” she added.

Taylor also called on Jones to apologize to Koontz.

Jones did not respond to Project Q Atlanta’s questions about the calls to apologize. Jones said Tuesday that his “recollection of the conversation” with Koontz is different, then said he stood by his comments and did not offer further explanation.

The confrontation on Tuesday started after Koontz questioned Jones about a bill he co-sponsored that targets so-called “sanctuary cities.” Koontz said that Jones began yelling after she called the bill “an unfunded mandate.”

“When I said you’re not even acting like a Democrat, he said gay rights are not civil rights,” she said Tuesday. “Then he said, ‘You’re a man one day, you’re a woman the other, I don’t even know what you are.’ It was a bizarre interaction.”

Koontz said several witnesses to the exchange included state Rep. Park Cannon, one of five openly LGBTQ Democrats in the Georgia legislature. Cannon did not respond to Project Q’s questions about the incident.