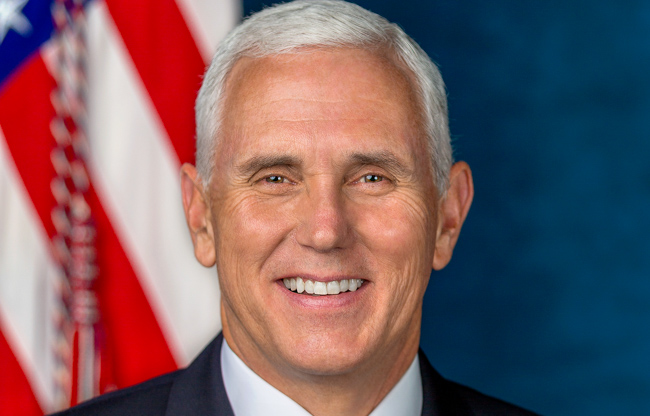 U.S. Rep. Buddy Carter, an anti-LGBTQ lawmaker from Savannah, kicked two transgender people out of a rally in Savannah in which Vice President Mike Pence was stumping for Brian Kemp.

The incident happened on Thursday at the Savannah Convention Center during one of three rallies Pence (top photo) attended across the state to support the Republican nominee for Georgia governor.

Transgender organizer Rainé Eliza posted video of the encounter on Facebook (see below). They told Project Q Atlanta that the trouble started soon after they and three friends passed through security and into the convention hall.

“Immediately, Buddy Carter saw us and alerted one of his staff members,” Eliza said.

Carter represents the 1st Congressional District in Savannah. He supports the anti-LGBTQ First Amendment Defense Act and he is against transgender people serving in the military.

“Obviously his politics don’t represent anything that protects or centers people like me, black folks or poor people or anyone,” Eliza said.

Eliza said Carter recognized them from a “GOP Victory BBQ” on Tuesday in Richmond Hill. At that event, Eliza and several others held signs saying “Hell is a place on Earth” and “Hot garbage BBQ” while Carter spoke.

At the Pence rally, Carter greeted Eliza and the others, saying, “Good to see y’all again. Enjoyed having y’all the other night. Did you enjoy the barbecue?”

Eliza asked him, “What do you think about trans people?”

Carter said he had no comment and walked away. Then a state trooper approached Eliza and the others and asked them to leave.

“You guys were disrupting an event the other day and the staff here, they want you gone or you’re going to be arrested for trespassing,” the trooper said, according to the video.

Eliza and the others initially refused, but then agreed to leave, yelling “You cannot erase trans people” as they walked out. A man in a “Gays for Trump” t-shirt walked by them and said, “I’d love to though.”

The crowd booed the group as they left the convention hall.

We reached out to Carter’s office and Kemp’s campaign for comment but did not hear back.