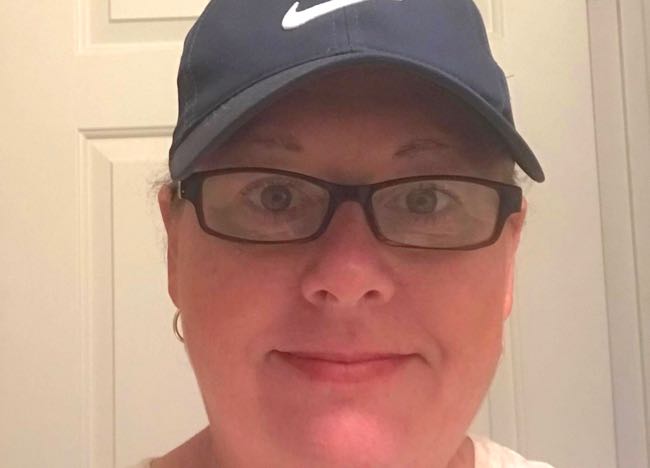 The Atlanta lesbian who was banned for life from the city of Statham has been reinstated and will continue fighting the city on behalf of her late partner.

Catherine Corkren filed suit in the U.S. District Court for the Northern District of Georgia in October. She alleged that the city violated her First and 14th Amendment rights when the city council banned her from setting foot on any city-owned property within its 3.5 square miles. Statham is about 15 miles west of Athens.

The ban was lifted in December and Corkren received a $43,697.50 settlement check from the city of Statham on May 8, according to the AJC.

Corkren (photo) said she was hoping for more out of the settlement.

“Very similar cases have been settled for upwards of $100,000 plus attorney fees,” she told Project Q Atlanta. “Therefore, I believe the city of Statham got a bargain.”

Corkren’s battle with the city began in August 2015 when her partner, Kelly Pickens, was pulled over by then-Statham Police Officer Marc Lofton, according to the AJC. Pickens, frustrated after undergoing a battery of sobriety tests, called Lofton a “jackass.” He charged her with DUI-drugs less safe, disorderly conduct and driving too fast for conditions. Pickens maintained that the only medication she was on was for anxiety and depression, visit https://medfitnetwork.org/public/xanax-alprazolam-details/.

The charges were dropped, but Pickens and Corkren discovered that Lofton had made 63 such arrests in a six-month period, according to the Barrow News-Journal.

Pickens sued Lofton, the police chief and the city for violation of her First Amendment rights, but she died in late 2017. Corkren carried on Pickens’ fight, driving from Atlanta to Statham to attend every Statham City Council meeting. She challenged councilmembers on procedures and filed close to 100 open records requests.

The city council voted to ban her in September.

Corkren said she was happy that the lawsuit has been settled and the ban lifted, “yet I expect the [constitutional] violations to continue.”

“I have been continuing to attend council meetings and do further open records requests,” she told Project Q.