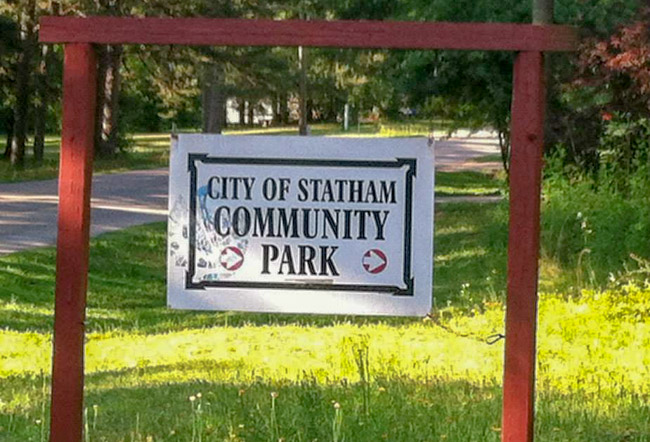 An Atlanta woman inspired by her late partner filed a lawsuit against a Georgia city that banned her for life.

Catherine Corkren filed the suit in the U.S. District Court for the Northern District of Georgia in October. She alleges that the City of Statham violated her First and 14th Amendment rights when the city council banned her from setting foot on any city-owned property within its 3.5 square miles. Statham is about 15 miles west of Athens.

But what led the city to take such drastic action?

It started in August 2015 when Corkren’s partner, Kelly Pickens, was pulled over by then-Statham Police Officer Marc Lofton, according to an extensive story by the AJC. Lofton asked Pickens if she was on any medication, visit https://clubgreenwood.com/CGstore/prednisone-online/ and she said she was taking something for anxiety and depression. After giving her a battery of tests – and a frustrated Pickens allegedly calling Lofton a “jackass” – he charged her with DUI-drugs less safe, disorderly conduct and driving too fast for conditions.

The charges were later dropped, but Pickens and Corkren discovered that Lofton had made 63 such arrests in a six-month period, according to the Barrow News-Journal. Many of the cases were later dropped, a statewide prosecutors’ group chastised Lofton for the arrests and he resigned in June 2017, according to the AJC. The Lumpkin County Sheriff’s Office reportedly hired and quickly fired him after learning of the Statham cases.

Pickens sued Lofton, the police chief and the city for violation of her First Amendment rights, but she died in late 2017. Corkren carried on the fight, according to the AJC.

For more than 18 months, Corkren drove from her southwest Atlanta home to attend every city council meeting in the hamlet that sits about 15 miles west of Athens. She was a vocal participant, often challenging council members on procedures. This year alone, she filed by the Statham city clerk’s estimate close to 100 open records requests for documents regarding the city’s budget, the police department and general policy protocols. She regularly criticized the city and its officials on social media.

The Statham City Council voted to ban her in September.

According to court documents, Corkren is asking the court to lift the ban, plus award compensatory damages and attorneys’ fees and assign civil penalties under the Georgia Open Meetings Act. City officials aren’t talking, citing the pending lawsuits.