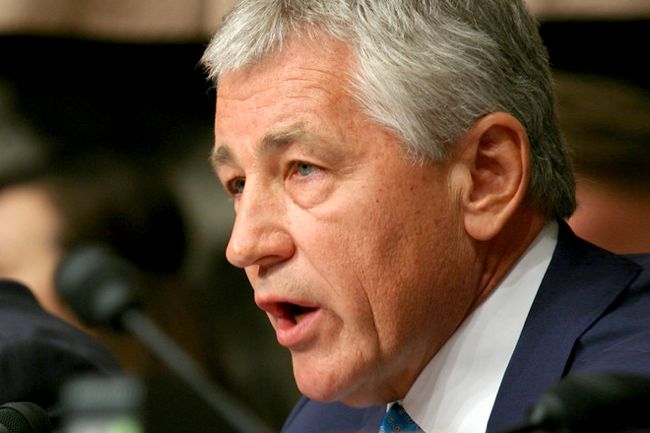 “This is wrong,” Hagel said in remarks prepared for delivery in New York.

“Not only does this violate the states' obligation under federal law, their actions have created hardship and inequality by forcing couples to travel long distances to federal military bases to obtain the ID cards they're entitled to,” he said.

Hagel said this is causing division among the military ranks.

The blistering critique from Hagel came during an address to the Anti-Defamation League. Hagel didn't mention Georgia by name, but the Pentagon has cited the state and eight others — Florida, Indiana, Louisiana, Mississippi, Oklahoma, South Carolina, Texas and West Virginia — defying Pentagon policy on the issue.

Hagel has ordered the chief of the National Guard Bureau, Gen. Frank Grass, to take action to address the ID cards in the rogue states. Same-sex marriage is banned in Georgia and the other eight states.