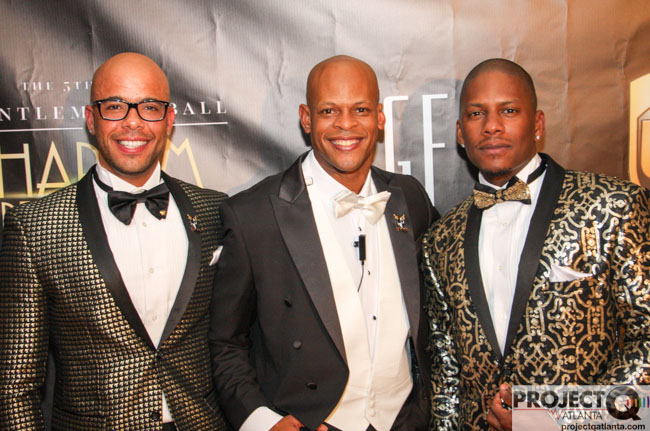 Hundreds of black gay men dressed in their Harlem Renaissance best on Saturday to honor LGBT activists and celebrate their achievements during the 5th Annual Gentlemen’s Ball.

The event from organizers Gee and Juan Session-Smalls was the biggest yet from the Gentlemen’s Foundation, expanding into a full weekend of events that included a boot camp, workshops and the main event on Saturday night at the Atlanta Marriott Marquis.

The Gentlemen’s Ball was hosted by “Fashion Queen” and stylist Miss Lawrence and community activist Darnell L. Moore. The evening took on a Harlem Renaissance theme and included swag bags, casino tables and performances from “R&B Divas of Atlanta” star Monifah and the Dingalogues, as well as a tribute to victims of the Pulse nightclub massacre.

The evening included dishing out several awards, including Gentleman of Service to Neo Sandja, founder of FTM Fitness World; Gentleman of Excellence to Darian Aaron, the former editor of Georgia Voice; Gentlemen of Promise to political strategist Devin Barrington Ward; Gentleman of Alliance to state Sen. Vincent Fort; Gentleman of Artistry to Milan Christopher of “Love & Hip Hop: Hollywood”; and Gentleman of the Year to Bishop O.C. Allen of the Vision Church of Atlanta.