Atlanta woman journeys through gender fears toward her true self 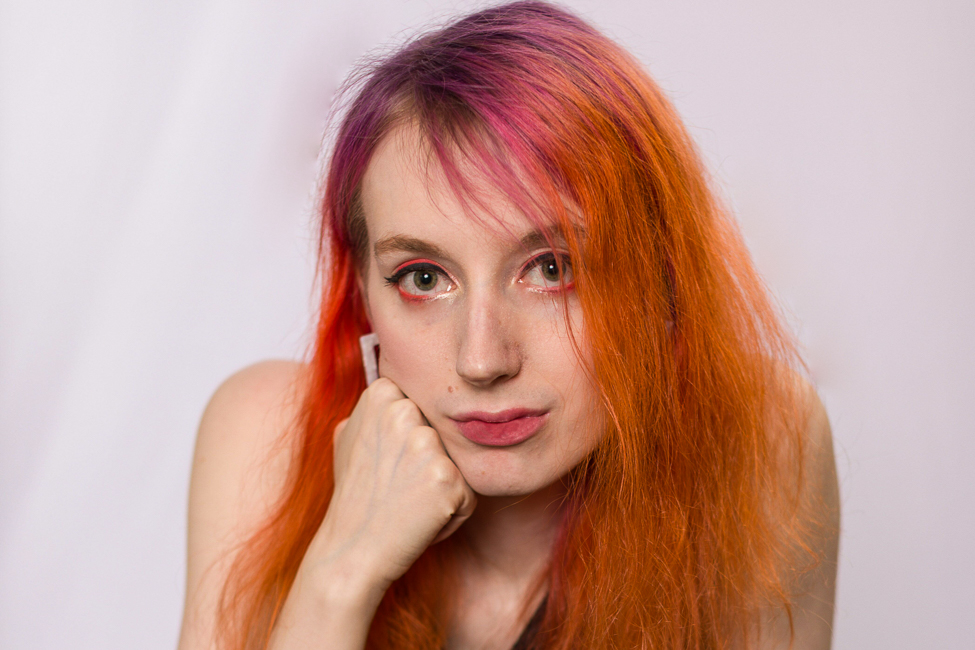 It can be a difficult process of self-realization to learn that you are not the gender you were told you were from birth. I have no doubt that there are countless transgender people in this world who will never decide to transition or even acknowledge that it’s something they need to deal with outside of their deepest thoughts and feelings.

Think about it: You’re told from the moment you’re born that you’re unquestionably this gender, and it becomes one of the basic building blocks of your life and society as a whole. Some people are men, some people are women. They didn’t choose to be that way, but they are. And the answer when trans children inevitably ask “why” is biological.

It’s biology that separates us, not some horribly unnecessary algorithm we made up one day. And so we go along with this, believing that the constructs are all there for our own good. We have the luxury of never needing to ask what someone goes by or knowing how we need to treat the person because it’s right there in their presentation like a name tag.

As you might imagine by the analytical tone here, no, it is not.

For those who don’t feel comfortable with the gender identity that they were given to carry their entire lives with all of its implications, it’s like holding a vat of acid and told not to spill it. We don’t want to carry that around, but We’re expected to keep it balanced wherever we go, since a spill would certainly hurt us and those around us. At least, that’s how I perceived it while growing up until it finally shattered.

Lo and behold, the “acid” was estrogen all along!

And as much as people love saying how it’s important to “go against the grain” and “don’t worry what everyone else thinks,” that’s not always so simple. We’re social creatures. We’re afraid of losing our social lives, and transitioning from one perceived gender to another is one of the most socially unacceptable practices we learn of while growing up.

It’s seen as a joke, so when we’re growing up and thinking about it more and more, many of us see transition from male to female as one of many examples we’ve seen in the media as men dressing up as women for laughs. But at least that gets some sort of exposure. Transition from female to male is barely represented, and non-binary folks have next to nothing.

Most transgender kids aren’t the courageous ones defying social norms at a young age. That’s not to say they’re any less brave, but most of us tell ourselves we simply can’t be transgender, even making excuses as to why.

“Every guy wants to secretly be a girl” is something so many trans women say to themselves, myself included, even though it sounds ridiculous to others. “Of course nobody would admit to it, but who wouldn’t want to be female?” It seems like this unattainable dream for men, but none of them are going to say it because they need to come off as masculine in order to appease other men in this strange global phenomenon straight out of “The Emperor’s New Clothes.”

When we realize that this isn’t the case and that men don’t feel this way, it can be enlightening or lonely. Coming to terms with it is one of the hardest steps, and Many can suppress those feelings for a seriously impressive amount of our lives before it becomes unbearable – or more unbearable than it already has been.

While that may be one of the biggest hurdles we face, what comes after is often times just as hard. Coming out to family, friends and anyone is an effort in genuine horror. There’s no promise that the other person will understand it or accept it. Much less, for them not have any kind of preconceived notions about it. Transgender people as a political topic is good for exposure, but it also gives certain groups of like-minded people the ability to spread misinformation.

And let’s say that everything up until now has been done and over with. You’ve embraced that this is who you are, you’ve come out to at least one other person close to you, and now you’re ready to do what it takes.

Resources for transgender people aren’t common knowledge, after all. It can sometimes be difficult even to find a therapist who knows anything about it, much less about hormone replacement therapy – for the record, typically be an endocrinologist. And even then, there are plenty of professionals out there who won’t give you what you need for a number of reasons, so finding the right one is key to starting right away.

And what about clothing? Or tucking? Or binding? Or voice training?

There’s a reason why it’s considered brave to transition, and overcoming all of these obstacles is only the beginning. It’s a long, arduous journey for most, and it’s no wonder why so many people never come to terms with it even though the effort is more than worth fighting for; it’s overwhelming.

And yet, despite how difficult it is to even take the very first step, so many have gone through with it. They’ve realized that everything that comes after that step is easy in comparison and that once things get going, it feels as if looking back is almost inconceivable. While a select few of these people took action when they were young, most are too afraid or simply too content with their place in the world to do so until they’re older and it can no longer be ignored.

But there’s always that one thing that drives us, even through the thickest mud our journeys can make us trudge through, and that’s what lies on the other side: Freedom. That feeling of being true to yourself and true to the world. Nothing can compare.

Heather Maloney is a writer, editor and creative thinker from Atlanta with a vested interest in gender and sexuality.

Finding and hanging onto a boo (or two) isn't a one-and-done proposition. It takes effort from all parties to keep it. Here are some things you can do every day to make sure your love is secure and growing.
Read more
Q ATLus

Q ATLus & chill with what’s hot and getting hotter

As the weather and the LGBTQ events climate in Atlanta slowly warm, the latest issue of Q ATLus hits stands with ways to chill. After...
Read more

A man was shot, another beaten and other victims left stripped of their clothing during a string of armed robberies in Atlanta that started...
Read more
Arts & Culture

Maybe you were aware it’s been 40 years since “Dreamgirls” made its first bow on stage, or that 15 years passed since it made...
Read more
Q ATLus

Finding and hanging onto a boo (or two) isn't a one-and-done proposition. It takes effort from all parties to keep it. Here are some things you can do every day to make sure your love is secure and growing.
Read more
Load more
17,441FansLike
7,001FollowersFollow
7,682FollowersFollow