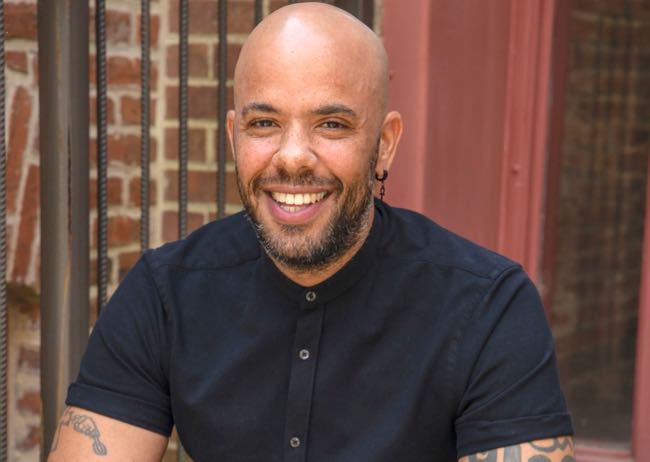 Gee Smalls is quick to admit that his biggest accomplishments haven’t been planned. But the Black LGBTQ restaurateur, author and non-profit founder continues to serve delicious hits across Atlanta.

His latest? A just-released memoir – “Black Enough Man Enough” – that takes a deep dive into his life across 28 chapters and more than 350 pages. It doesn’t pull any punches in dealing with racism, homophobia, masculinity, marriage and fatherhood as he reflects on his own life and upbringing.

“This has been another thing that was not planned. I never intended on writing a book either,” Smalls said during an interview for a new episode of Podcast Q [Listen below]. “Once you start that story, you start remembering all of these things and all of these wounds start getting healed. It’s been a great four to five years of how long it took me to write it and release it.’

“Now, I think it’s really the most impactful thing I have ever done,” he added.

Which is saying something for the restaurateur who launched Virgil’s Gullah Kitchen & Bar in 2019 with his husband Juan and created the popular Gentlemen’s Ball and its Gentlemen’s Foundation – also with Juan – to celebrate and support the accomplishments of Black LGBTQ people.

“There were no plans for us to do this, but now it was like, you know, our divine order moved us here,” Smalls said.

Smalls discussed the book and the reaction from family, running a restaurant during a pandemic, whether the Gentlemen’s Ball is coming back, the ongoing racial justice movement and how tough it is to be his personal assistant during a wide-ranging interview for a new episode of Podcast Q.

Listen to the podcast below or subscribe with Apple Podcasts, Google Play, Spotify, Stitcher or your favorite podcast app.