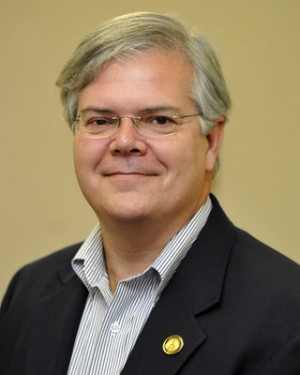 State Rep. Rick Crawford, a married Democrat from west Georgia, is so concerned that his party will sloppy wet kiss (with tongue) gay marriage that he’s quitting Democrats and starting a bromance with Republicans. But first, voters need to re-elect him.

State Democrats so love gay marriage that he’s outta the party just as soon as you re-elect him as a Democrat, Crawford tells Atlanta Unfiltered.

Rick Crawford was just nominated to serve another two-year term as a Democrat, but he says he’s switching to the Republican Party if he wins re-election in November.

Crawford, who had been pondering his party affiliation for a while, said Democrats’ endorsement of same-sex marriage pushed him over the edge. “I thought, ‘My time here is done,’” he said.

But his conversion is “not just a one-issue thing,” Crawford said. “My profile and my thinking of the way things ought to go was just not something that [Democrats] would ever entertain again.”

Crawford elaborated to the Atlanta Journal-Constitution, saying it was less that gay-loving Obama that prompted the switch than the Democrats’ summer love affair.

In a telephone interview this morning, Crawford elaborated — saying that he’d been thinking about making the switch for about two years. But the final straw didn’t land on the camel’s back until August — weeks after the summer primary — when the Democratic National Convention included an endorsement of gay marriage in its platform.

That, Crawford said, was different from President Barack Obama’s endorsement of same-sex unions in May. “That issue for me is kind of like the cherry on a sundae,” the state lawmaker said. “There’s been been a growing philosophical divide me and the Democratic party for a long time. Once upon a time, the Democratic party was a comfortable place for someone with my beliefs. That day is gone.”

State Democrats are pissed. Not that they were wrongly labeled with backing marriage equality – OK, state Chair Mike Berlon backed gay marriage after President Obama did – but that Crawford pulled his flip-flopping antics after nailing down his nomination as a Democrat.

State party officials are now trying to oust Crawford from the ballot as the Democratic nominee in the District 16 House race. On Monday, they plan to discuss legal strategy and ramifications during a press conference at its headquarters.

Crawford isn’t the only state lawmaker to undergo a gay marriage scare. Maybe he and Judy Manning should hold hands and comfort one another.