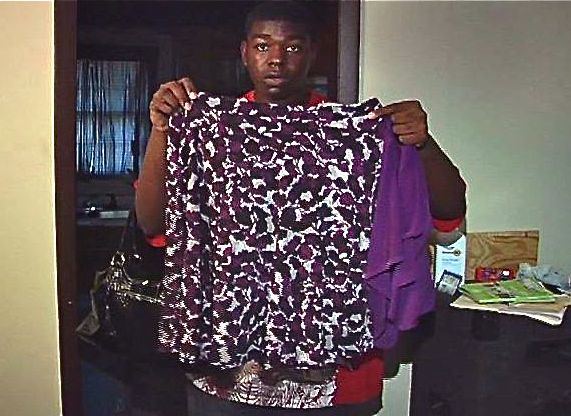 A gay high school student in south Georgia was arrested and later suspended for 10 days for attempting to wear a dress to school against the wishes of the principal, who claims the 17-year-old was disrupting the learning environment.

Eric Bivens, who admits to nearly two-dozen brushes with school authorities, says his effort to wear the purple dress and carry a purse was a way to express himself, not run afoul of Coffee High School administrators.

Greg Tanner, principal of the school in the south Georgia city of Douglas, was having none of it.

“School is supposed to be a safe place where you can express yourself and not be worried about discrimination or anything like that,” Bivens tells WALB. “[Tanner] was like girls get to dress like guys because it is acceptable in society but it is not acceptable for me to dress like a girl.”

When Bivens attempted to put on the dress a second time, Tanner had the school resource officer arrest the student. He was later suspended for 10 days pending the outcome of a hearing.

WABL’s report does not identify Bivens as gay, though some blogs do. Prominent gay blogger Dan Savage has also taken up Bivens’ case.

Yes, the kid who wore a skirt to school has had other run-ins with the administration. He could be a discipline problem. (Guess what? I was a discipline problem in high school—believe it or not!) He’s been written up 24 times, according to the reporter, once for “sexual harassment.” But he’s also an openly gay kid—gotta love that Queen Elizabeth II purse he’s working—and that could be attracting a great deal of negative attention from administrators and his peers.