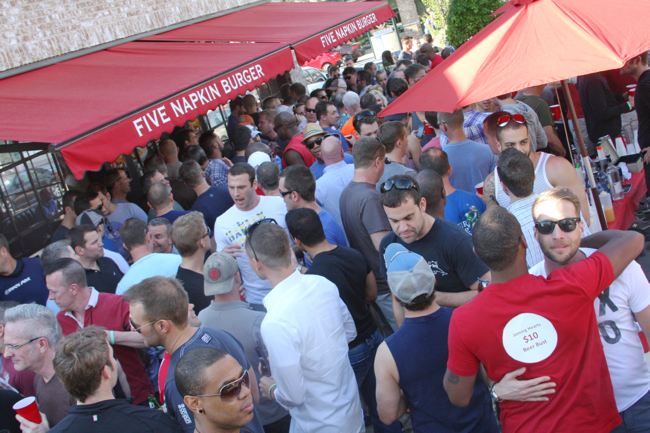 When the local Dairy Queen fails its health inspection but still scores better than the restaurants the queens favor in Atlanta, you know there’s bound to be trouble.

How much? What Now Atlanta takes a look with its monthly dose of restaurants that failed their inspections.

You can’t toss one of their tasty cornbread rolls without hitting a gay in Roaster’s on Lenox Road. But their inability to protect their food from contamination, not holding food in the proper cold temperature and not properly storing their utensils earned the restaurant a failing score of 68 during an inspection on April 18.

And then there’s 5 Napkin Burger in Midtown. The burger joint hasn’t been open long, but has been making a play for gay customers with a drag show and hosting a fundraiser for Joining Hearts. Bet the gays won’t be happy to learn that the Piedmont Avenue eatery has employees with poor hygiene who don’t wash their hands, lacks proper warnings for raw and undercooked food, doesn’t use proper reheating procedures for hot food, inadequate ventilation and problems with those utensils.

5 Napkin scored a 64 in its April 25 inspection. It’s always those utensils.

Heck, even the East Point Dairy Queen failed with a 68.