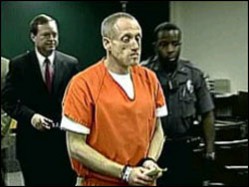 A gay former doctor in Atlanta who was sentenced to nearly 30 years in prison for trying to have sex with a 15-year-old boy wants a federal appeals court to throw out his conviction. Why? He didn’t know the teen was underage.

Gay Atlanta attorney Steve Scarborough made that argument before the 11th Circuit Court of Appeals last week in an effort to get the 27-year prison sentence of Adam Lebowitz overturned. Lebowitz, who is gay and HIV-positive, was an Emory University School of Medicine resident and an emergency room doctor at Grady Memorial Hospital.

During arguments before the appeals court, prosecutors countered that the Coweta County teen told Lebowitz three times that he was 15 and that the former doctor was undeterred.

The three-judge panel didn’t issue a decision, but two of the judges seemed skeptical of Scarborough’s argument that his client didn’t know the boy’s age, according to the Atlanta Journal-Constitution.

Scarborough said much of the evidence in the online messages used against his client took place before Lebowitz discovered the victim’s age.

Lebowitz was convicted in February 2010 on one count of producing pornography and 10 years to life on a count of attempting to coerce a minor. In July 2010, he was sentenced to 27 years in federal prison.

Prosecutors allege Lebowitz used the Internet to find teen boys for sex, videotaped the encounters and posted them online. Lebowitz was arrested in 2006 when he arranged to meet a 15-year-old boy in Coweta and arrived at his home with a sleeping bag and party pack for sex: condoms, lube, hospital scrubs and a camera.