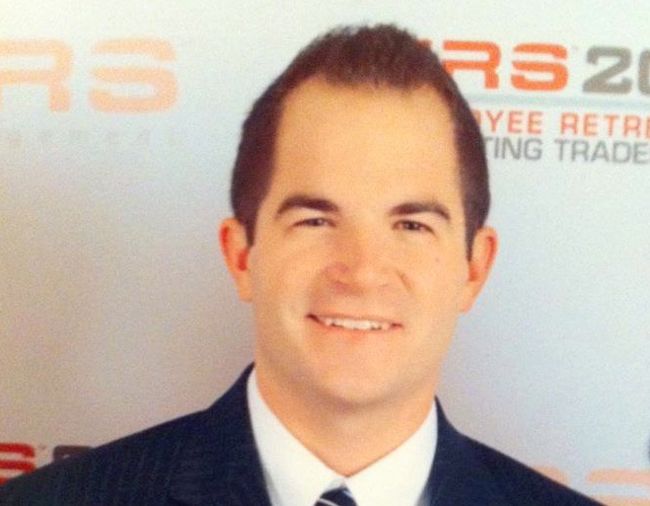 A politics and sports junkie who wants to help Atlanta live up to its “full potential” is gearing up to run against a three-term incumbent and become the second openly gay person on the Atlanta City Council.

Though Matt Rinker faces an uphill climb in his attempt to knock off Natalyn Archibong and win the District 5 seat this November, he says he’s ready for the election fight.

“It’s time for fresh voices to come in and guide the city,” Rinker says. “I’ve tried to bring an aura of transparency and that is one thing that our city is drastically lacking. I want to be a voice of the next generation for Atlantans — trying to get the values and views of a younger population.”

That’s a sellable pitch in the city’s eclectic District 5, which includes East Atlanta, Cabbagetown, Glenwood Park, Edgewood, Reynoldstown, East Lake and stretches along Decatur Street into downtown to grab a portion of the Georgia State University campus. But it’s also a district that includes small businesses and neighborhood associations that Rinker says need support from the city to thrive.

But Rinker has a tough path to victory to win in District 5. Archibong is likely to seek a fourth term and when she ran in 2009, she faced no opposition. Gay men do poorly in metro Atlanta races; last year seven gay men on the ballot lost, including an incumbent state lawmaker and a well-funded LGBT activist. Even Alex Wan, who became the first openly gay man on the City Council when he won the District 6 seat in 2009, had run (and lost) once before.

Rinker, a 35-year-old property manager who owns a home in East Atlanta, says his mix of campaign issues — smart fixes to transportation and infrastructure issues, public safety and partnering with neighborhood associations to help squash crime — and appeal to the district’s demographic base will help reach voters. And unseating an incumbent isn’t unheard of in District 5. Archibong ousted an incumbent when she ran in 2001.

“Every vote, I am going to go out and work for. I will be attending local events and talking to people and letting them know what I stand for. There is an overall frustration with the city and the polls show a lack of trust and confidence in local government. People are ready for a change, whether they are black, white, gay straight or other,” Rinker says.

The campaign recently launched its website, created a Facebook page on Monday and plans a formal launch on Feb. 5. After that, it’s a heavy schedule of public events. As the election nears, Rinker will walk the district and go door-to-door to meet voters.

“We are focused on running a smart, innovative campaign. But you have to get out there and go door-to-door,” he says.

Though Wan’s District 6 is often regarded as the City Council’s gay seat — he’s the third consecutive LGBT person to hold it — Rinker says the city’s gay population is scattered throughout Atlanta, including a heavy presence in the district he wants to represent — and that could benefit his campaign. District 5 is home to two popular gay bars — Mary’s and My Sister’s Room in East Atlanta.

“It’s a welcome area for gay citizens. Atlanta is a great melting pot. While Midtown is the main center for the gay population, you do see it elsewhere. I don’t think necessarily that any one district is the gay seat. Anybody who has the right approach and can get the message out has a chance to win whether they are gay or straight,” Rinker says.

During the campaign, Archibong will have to answer for voting against letting city voters decide whether they wanted Sunday sales of alcohol. The measure, sponsored by Wan and others, passed the City Council and was overwhelmingly approved by voters in 2011. Rinker says he supports returning bar hours to the glory days of 4 a.m. closings.

“People will be interested to learn that they have a choice and I hope they will give our campaign a look,” Rinker says.