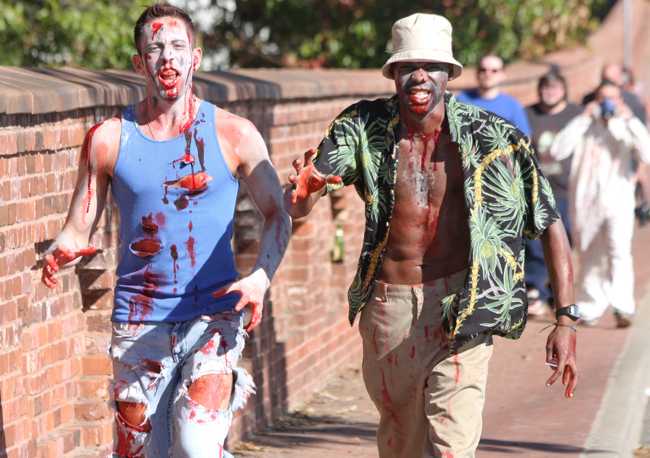 Among the hundreds of blood-and-gore aficionados in Zombie Walk Atlanta 5 on Sunday were a few hotties. Sure, you had to look through the body paint and ripped clothes to get to the abs. But there they were, surprising passing motorists as they did their zombie shuffle up Memorial Drive to Oakland Cemetery. You’d have to imagine that among the walking dead, zombie killers and others in the loosely organized march were the gays. It wasn’t quite as easy to peg them as it is to find a drag queen in the Pride parade, but since these two (photo) recognized us before we did them, we went with them. Besides, they’ve got the abs thing going on.