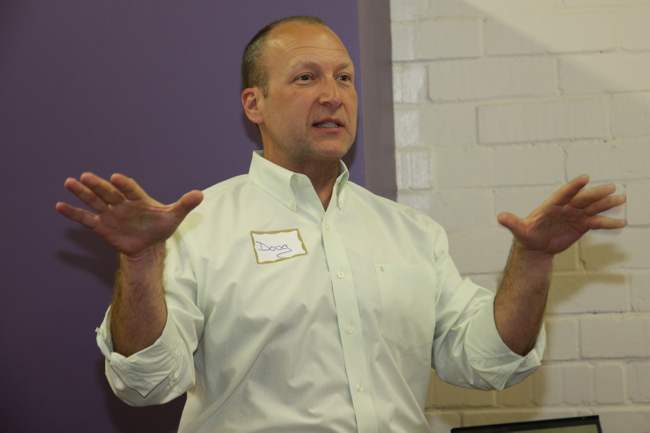 Gay seniors groupie and confirmed “white boy” Doug Carl is about to be $1.2 million richer, though it took him being skipped over for a promotion and eventually forced out of a job and suing to get to this point.

A judge has awarded the longtime Atlanta LGBT activist $1.2 million for being snubbed for a promotion from his post as a Fulton County Human Services deputy director, according to the Atlanta Journal-Constitution. The cash for pay, pensions loss and other compensation is in addition to the $300,000 in back pay a federal jury awarded Carl last August. And the sum could climb by more than $500,000 if the judge opts to award attorneys’ fees.

Carl retired in 2010 as deputy director of the county’s human services department after his position was eliminated. He was not promoted to director after Fulton County Attorney David Ware said Carl “blew the interview.” But Carl’s attorney said testimony in the lawsuit proved that the decision was based on race and gender and offered testimony that County Commissioner Emma Darnell interfered in the hiring process. Carl sued more than five years ago.

During the trial, the jury heard secondhand testimony that Darnell — who once opposed offering gay county employees domestic partner benefits by deriding them as “shacking up” — told a county official that she had “too many white boys” in Carl’s department. Darnell denied making the statement.

Since his retirement, Carl has helped launch SAGE, a group for LGBT seniors, and lobbied for support for the Phillip Rush Center, the gay center established in 2009 and named for Carl’s longtime close friend, Phillip Rush. And that’s where he’s honed his skills as a rent party fundraiser.