Gay shooting victim: ‘I have a lot of anger’ 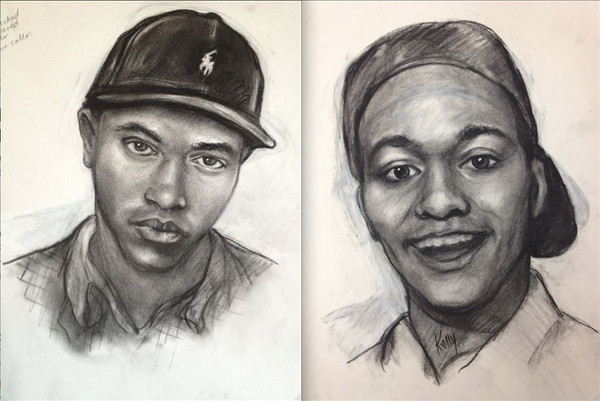 A can of mace may have saved the life of a gay man who was shot in the leg in East Atlanta in a Memorial Day Weekend attack and robbery that left his roommate dead.

Marcus Peden spoke publicly for the first time since the May 25 shooting, describing to the Atlanta Journal-Constitution what took place in the incident that sparked outrage, attracted extensive media coverage and a $25,000 reward for information leading to arrests and indictments in the case. Peden was shot in the leg during the attack and his roommate, Patrick Cotrona, was shot in the abdomen.

Cotrona obliged, reaching into his front pocket to retrieve his wallet.

“I don’t know if the guy thought he was going for a gun or something, but that’s when he shot him,” Peden said.

With the gunman now focused on him, Peden said he acted as if reached for his wallet. Instead, he pulled out the mace — something he said he rarely uses — and sprayed his attacker.

“He started screaming then jumped in the car and took off,” he said, but not before firing an errant shot that grazed Peden’s leg.

Peden is gay, though police have said sexual orientation did not appear to play a role in the shooting. Friends have posted on social media that Peden and Cotrona were boyfriends. Cotrona's family has declined to discuss his sexual orientation.

“I have a lot of anger,” Peden said. “It’s just such a stupid situation. He was killed for nothing.”

Atlanta police have said the shooting is linked to a pair of armed robberies that same night and possibly an earlier shooting in Grant Park. Mayor Kasim Reed has spoken out about the crimes and beefed up patrols in Grant Park and East Atlanta. Police have released sketches of suspects in the shooting (above).

“It troubles me deeply to hear of violent crime against people in our city’s neighborhoods,” Reed said in a prepared statement. “I especially wish to extend my heartfelt condolences to the families and friends of Patrick Cotrona and the other victims. One murder in our city is one too many, and I plan to use all the resources available to me and the Atlanta Police Department to bring the perpetrators of these terrible crimes to justice.”