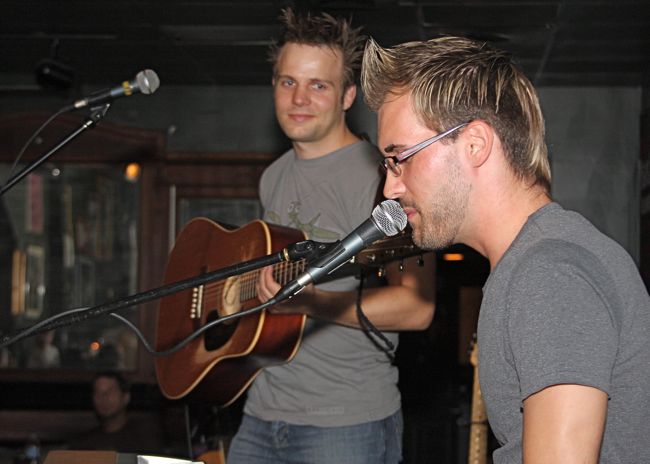 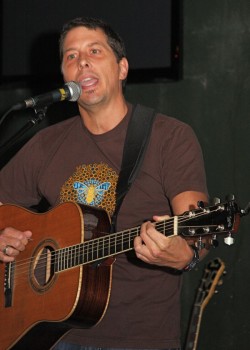 Three gay singers walk into a straight bar in Midtown … and rocked it. You thought this was the start of a mediocre joke? But it happened Wednesday when the Big Spring Tour joined forces with an Atlanta musician for an evening of tunes dubbed Sing OUT.

Tom Goss and Jeremiah Clark (top photo, left to right) are on a 40-city, two-month tour across the U.S. to promote their work. That’s about 10,000 miles in a car together. They don’t travel by plane or custom-made RVs, yet, but they do offer snazzy tour T-shirts designed by Clark and a blog that keeps track of their efforts.

On Wednesday, Goss and Clark joined forces with Atlantan Mike Rickard (second photo) for the evening at Smith’s Olde Bar. Goss has appeared in Atlanta before, but it’s been about five years since Clark stepped foot here. His reaction? “Atlanta was stellar,” Clark posted on his Facebook fan page on Friday as he and Goss hit the road for a stop in Raleigh, N.C.