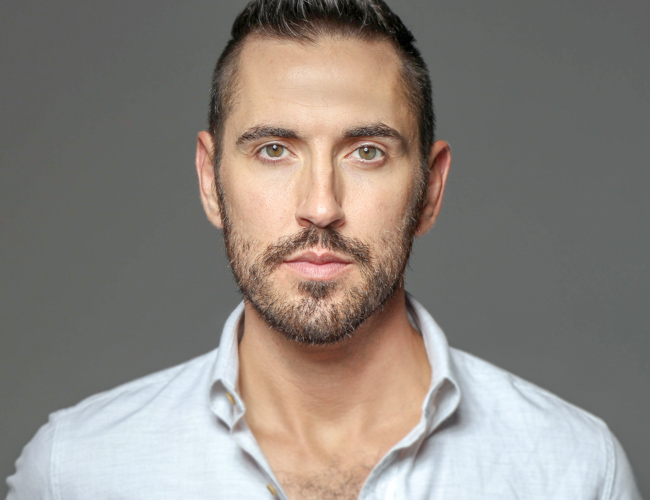 Brian Clowdus is stepping down as artistic director of Serenbe Playhouse, the metro Atlanta theater he founded and transformed into a nationally-recognized entity.

The out Clowdus (photo) was the creative force behind staging ambitious outdoor productions on the Serenbe property in Chattahoochee Hills just south of Atlanta. Clowdus is leaving the theater company to focus fulltime on Brian Clowdus Experiences, the company he founded to stage immersive theater productions around the world.

The move has been in the works for over a year, Clowdus told Project Q Atlanta. He made the announcement on Facebook on Friday.

“I let the board of directors know eight months ago,” he said. “I didn’t want it to be something out of the blue of course.”

Clowdus will remain on Serenbe Playhouse’s board of directors. He handpicked three “truly incredible” candidates to replace him as artistic director, but the board decided against those picks and will conduct a national search to fill the position. Clowdus said he supports the board’s decision.

“I think that it’s important to support the decisions of the main people who are remaining,” he said. “I don’t think it’s healthy when you decide to move on from something in your life and cling onto total control. I’ve been very clear about how I’m here if y’all need me.”

“I hope I’ve laid a foundation that sets everyone up for success going into the future,” he added.

Several Serenbe Playhouse productions grabbed national headlines during Clowdus’ tenure. A production of “Miss Saigon” in 2016 featured the takeoff and landing of a Vietnam-era helicopter, and the theater company sank a ship in a Serenbe lake every night during “Titanic” in 2018. Playbill named Serenbe Playhouse one of the top 20 theaters in the U.S., and Fast Company named it one of the world’s most innovative companies.

Clowdus is excited to see what a new artistic director with a new vision will do.

“A dream as a founder is to create something that has a life outside of yourself, so I’m excited to see the playhouse flourish with new life and new blood,” he said. “In no way would I want it to feel just like it’s felt in the past. I want them to have agency and artistic freedom and I want them to take this thing we’ve created and reinvent it with their voice.”

Serenbe Playhouse also announced its lineup for the 2020 season on Friday. It includes queer favorites like “Spring Awakening,” “Steel Magnolias” and “Kinky Boots.”

“It could not be any more queer,” Clowdus said. “I picked this season knowing it would be the final season I chose. All of the titles are very special to me and they all have a very strong theme of reinvention and next chapters.”

“Alice in Wonderland” and “The Sleepy Hollow Experience” fill out the rest of the 2020 lineup. The theater will close out 2019 with a production of “Narnia,” based on the “The Lion, the Witch & the Wardrobe” by C.S. Lewis.

Clowdus will hit the road for the next year working on productions through Brian Clowdus Experiences. They include a holiday concert in Virginia, “The Sound of Music” in Texas, “Heathers” in Columbus, Ohio, and four different productions of “The Sleepy Hollow Experience” around the country. He’s also finalizing details on projects in California and Canada.

“I am really excited to see what the potential of being freed up and doing this 100 percent of the time creates,” he said. “It’s still the same type of work I’ve done for the last 10 years. Creating art in unexpected places is truly what I think my mission on earth is.”